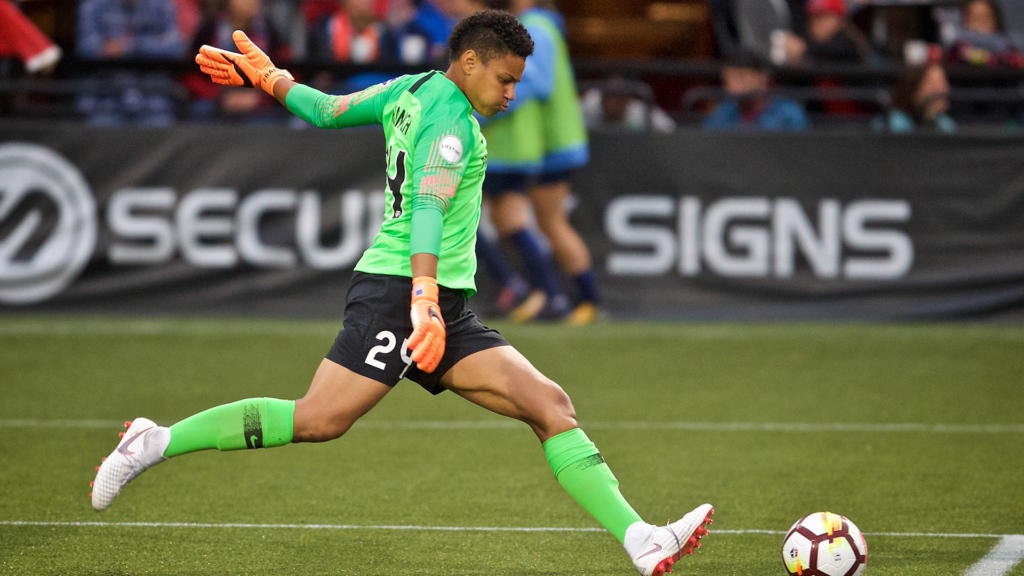 National team experience: Franch has made one appearance for the national team. She played in a 2-2 draw with England during the 2019 SheBelieves Cup.

What to expect from Adrianna Franch in 2019: Something would have to go terribly wrong for us to see Adrianna Franch in the 2019 World Cup. That’s not an insult to her as a goalkeeper, it’s just a recognition that she is the third goalie and would need some combination of injuries and horrific play from Alyssa Naeher and Ashlyn Harris to see the field. It’s really a shame though, because Franch is a terrific player. As the starting goalie on the Portland Thorns, she was selected as best goalie of the year in the NWSL in both of the last two seasons. She’s explosive and calm in the air. Calmness is an underrated quality for goalies. It’s great to get your hands on a shot, but it’s so easy for the ball to skid off of your hands and go into the back of the net or rebound out to the feet of an opponent. When you watch Franch’s highlights, you get the sense that any ball she can get a finger on will be caught or directed to safety. To see more of her, we’re all just going to have to become NWSL fans after the World Cup.

Non-gendered personal interest item: As a young black goalie, Franch was inevitably compared to USWNT legend Brianna Scurry, also a black goalie. Although I subscribe to the belief that player comparisons should only be allowed across races, it makes sense that Franch would also have looked up to Scurry herself. As luck would have it, the only time Franch has gotten a chance to start for the USNWT was the game when players were asked to choose a role model’s name to wear on their backs in lieu of their own. Franch chose Scurry.

Links: A couple of good articles about Franch from Equalizer Soccer, Yahoo Sports, and Pro Soccer USA, plus her Wikipedia page, U.S. Soccer page, and Twitter.