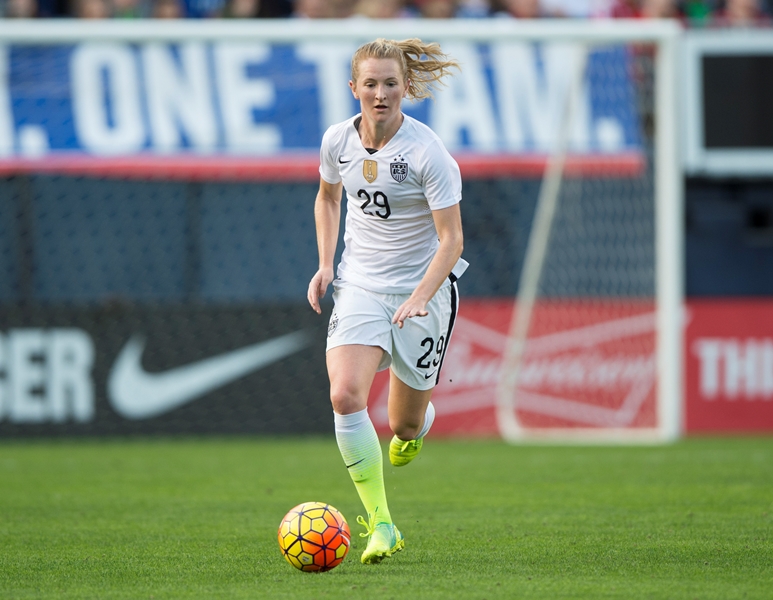 National team experience: Mewis has played 51 games for the USWNT and scored 14 goals. During the 2019 SheBelieves Cup, she played one full game, was a substitute in another, and was left out of the lineup in the third game.

What to expect from Samantha Mewis in 2019: There is really very little that differentiates Mewis from Lindsey Horan. Both are central midfielders. Both are tall, physical players. At 6 feet, Mewis is actually a bit taller. Both players are conduits for the team, helping transition from defense to offense. Both are distributors par excellence and can score when called upon as well. So why is it that Horan is lauded as one of the best players in the world and Mewis is so often an afterthought? I… am not totally sure. There’s some element of play that Horan has that Mewis does not. When you watch the two of them, Mewis seems like a world class player and Horan seems like a swashbuckler. Everything just feels more threatening to the opposing team when it’s Horan with the ball at her feet, rather than Mewis. Whatever it is, the difficult to define difference between the two makes Mewis one of the first subs off the bench and Horan a fixture in the starting lineup.

Non-gendered personal interest item: Mewis grew up competing with her older sister, Kristie, who was a star forward. She still competes with her in the NWSL where Kristie plays for the Houston Dash.