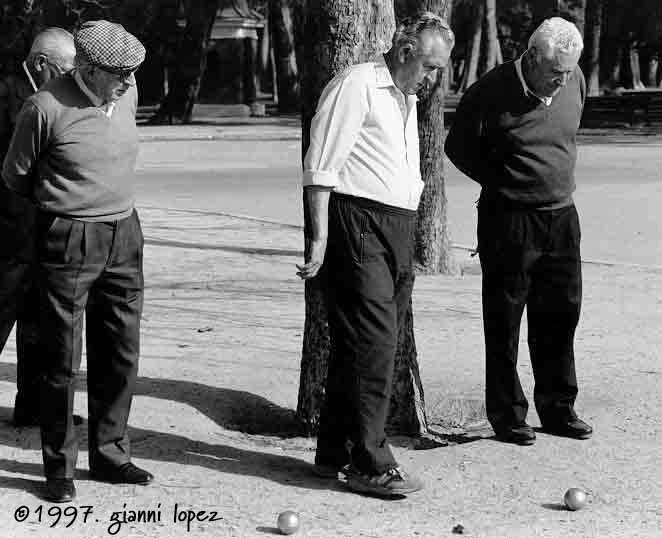 What do you consider the most physically challenging sport that involves a ball? The least?

The most physically challenging ball sport has to be water polo. I know I’ve mentioned water polo before so attentive readers may be thinking that I just have a thing for water polo. But seriously — imagine swimming and treading water for 32 minutes.[1] That’s exhausting enough! Now add playing a sport which involves a lot of time treading water without your hands and arms and tons of times when you drive yourself up out of the water to catch, throw, and block the ball. To that add violence. Tons of violence. Here is an article from the Washington Post written during the 2004 olympics that describes this pretty well:

Through the murk of the water, you see elbows swung into guts, knees slammed into groins, hands yanking bathing suits into painful wedgies, guys simply swimming on top of an opponent and holding him under water until he fights his way, punching and kicking, to the surface. Technically, none of this stuff is legal, but the refs working the poolside allow a certain amount of leeway.

The least physically challenging sport is actually a harder question because being physically challenging is one of the elements that usually helps distinguish between a game and a sport. For instance, though many of you might think I was going to argue for golf as the least challenging sport, I would say that if you count golf as a sport, you should count bocce! And bocce is much less physically challenging than golf.[2] No need to limber up to hit a ball hundreds of feet in bocce. No “walking the course” for 72 holes over four days. Bocce consists of throwing not that heavy balls not that far towards an even smaller, lighter ball.

If you exclude bocce, golf, pool, darts, and try to find a true sport sport which is pretty easy to play, then I think it’s probably got to be cricket. I don’t know that much about cricket but I do know that test cricket is played over up to five days. During each day “there are usually three two-hour sessions, with a forty minute break for ‘lunch’ and a twenty minute break for ‘tea’.” I am sure cricket takes an enormous amount of skill and it’s hard to argue that baseball (a sport where one of it’s best players looks like this) is more physically demanding… but…. well, what do you think?