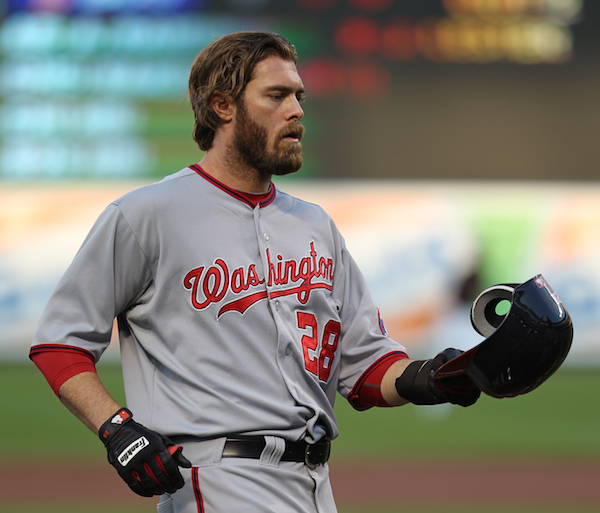 Dear Sports Fan,
What does it mean that the Nationals hit .500? Everyone seems pretty excited about it. And, who cares anyway? They all play a bizillion games and then the Yankees win the World Series 8 times outta 10.
Thanks,
Kat
Dear Kat,
There are two things to understand about baseball in regard to your question. First, baseball is a long season and things can change for a team over the weeks and months that can give a fan hope where there wasn’t before. And the second is that it’s all relative. Qualitatively, baseball has teams that usually don’t have much of a chance to win the World Series and teams that usually do have a chance to win. For example (sticking to the past decade for reference), in the usually-a-chance category are teams like the New York Yankees, the Boston Red Sox, and the Philadelphia Phillies. In the usually-no-chance category are teams like the Kansas City Royals, the Baltimore Orioles, and the Washington Nationals. Going into the season, fans of these teams all want to believe their team will be good and might win, however, fans of the former can reasonably expect a winning record and to have a shot at making the playoffs while fans of the latter know that deep down they will eventually reach the point of “there is always next year.”
The Nationals have an interesting history, as they were the Montreal Expos before moving to Washington in 2005 and becoming the Nationals. For a timeline of important events check out the link below. Their history, in a nutshell, is that the  Montreal/Washington franchise, while having occasional success over the years, has not traditionally been a consistently winning team. Focusing on recent history, over the past five years the Nationals have finished below .500 every year and at times been considered the worst team in baseball. The significance of .500 is not really any different than any other sport – the team either has a winning record or a losing record and .500 is the marker in between. For struggling teams, the .500 mark is encouraging because it represents the point at which a losing team can, with one more win, cross over to become a winning team. Obviously, being one game over .500 does not mean great things for a team in itself, but for fans, the mentality shifts a bit as your team is showing signs of hope and a chance for a positive season. In the case of the Nationals, because the team has had so many seasons below .500 (and well below, I might add), fans are excited to watch a team with a winning record. It may also be the case that the Nationals are showing signs of improvement.

In summary, we have a traditionally low expectation team in the Nationals, playing well, relatively speaking, and giving their fans something to cheer about. They probably won’t win their division, make the playoffs, or win the World Series. But over the long summer, Nationals fans can enjoy being a winning team, at least for now, and hang on to the notion of “what if” for a little longer.

Nationals historic timeline: http://en.wikipedia.org/wiki/Washington_Nationals
Thanks for the question,
John