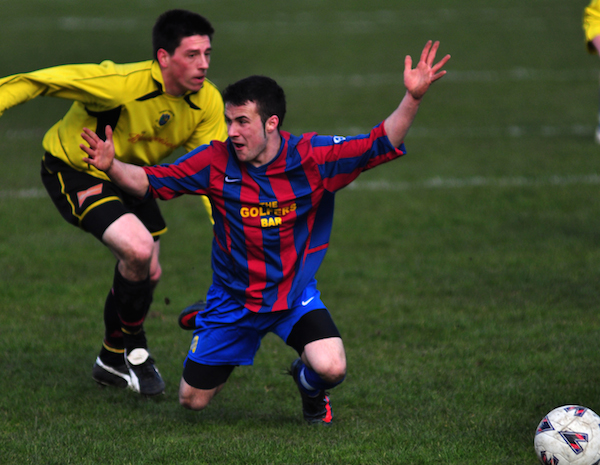 I hate to take your lofty discussions into the gutter, but I have to know: why do soccer players fake fouls so much?!

Thanks for your question and your concern over the tone of our discussions here. Faking being fouled in Soccer is officially known as “simulation” but commonly referred to as diving. It’s rampant. Players dive in absolutely every sport where there are fouls[1] but you’re right that it seems most frequent and visible in soccer.

Diving is in the news right now because there was a very silly and very obvious dive in the fantastic Women’s World Cup Quarterfinal match between the United States and Brazil. The U.S. women were down a goal and down a man[2] with only a minute left in the overtime period. After almost 45 minutes of playing with one fewer player on the field, the U.S. team was still pressing the Brazilians. Some normal soccer stuff happened and then all of a sudden, like she had been shot by a sniper, number 13 on the Brazilian team, Erika, crumpled to the ground. She lay there for a while and was eventually taken off on a stretcher. As soon as her stretcher reached the sideline, she hopped off it and ran onto the field as soon as she could get the ref’s permission. The ref, offended by her chicanery gave her a yellow card.[3]

There are three things about soccer that contribute to it being the worlds diviest sport. First, the official time is kept only by the referee on his or her watch. The ref can stop the clock at his discretion for things like injuries, etc. but it is at his discretion… so, there’s a chance that you actually will kill some time by pretending to be injured unlike football or basketball where the clock is managed by sideline officials along strict rules and visible to everyone in the stadiums. One of the reasons (at least that I’ve always heard) for soccer working this way is that if the crowd knew exactly when the game was going to end then there would be riots.

As you might imagine from the way the time is managed, the soccer ref has an enormous amount of power over the game. And unlike many other sports, he or she is pretty much alone in that power. There are two refs in hockey, three in basketball, and lots in baseball and football but only one in soccer. With one ref policing 22 players, it’s much easier to fool him.

The last factor that I think encourages diving is the usually very low scores in a soccer game. Most soccer games are decided by a goal or two. This swings the risk/reward factors way in favor of deceit. The ref in the U.S. v. Brazil game, as bad as she was, was unusual and admirable for punishing that dive with a yellow card. The in-game consequences are usually limited to some whistles[4] from the crowd.

The next game in the U.S. Women’s National team’s attempt to win the world cup is tomorrow, Wednesday July 13 at 11:30 on ESPN. Go USA!

5 thoughts on “Why Do Soccer Players Dive So Much”