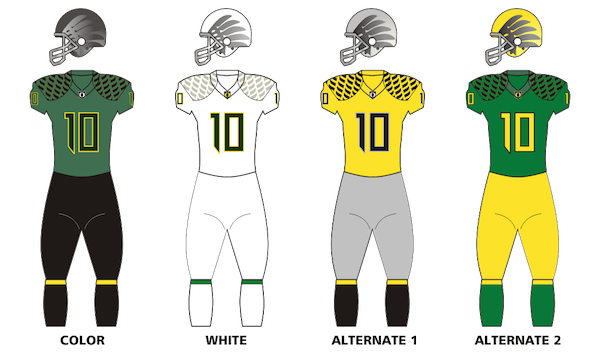 Speaking of my teams colors. can you explain the color choices and jersey choices that teams have.  I know there are home jerseys and away jerseys.  What are third jerseys?  What about when two teams play at home (Gians v. jets)?

This is something I’ve been wondering about for years! I swear that when I was a kid the home team used to wear white. Now they seem to wear their team color and the road team usually wears white. Arghh — it’s been driving me crazy! Thanks to your question, I did a little research and I think that I can explain it.

Here’s what I think happened. When I was a kid, the two primary sports in my life were soccer (which I played maniacally until my knees fell off) and hockey (which I started watching maniacally in 1993-94. In both of these cases, it was customary for the home team to wear white and the away team to wear a more colorful uniform. On my traveling team we wore white at home and when we drove to Manalapan or Hopewell we wore our sweet orange unis that looked like the Princeton University ones with a little pretentious crest. In the NHL it was the same way. My favorite team, the Penguins, wore their white and gold uniforms at home and their black and gold ones on the road whether I was watching them on my fuzzy little television or playing as them in the classic computer game NHL 93 on my fuzzy little computer screen. The other major sports in the U.S., Football, Basketball, and Baseball were present in my life, but off to the edge somewhere. I’m not sure I made note of their color systems. Since then, these sports (except for Baseball) have become a bigger part of my life while soccer has retreated into the distance (with my knees.) As this happened, the NHL decided to switch (in 2003) from Home = white to Home = color. Anyway, this is how it stands now:

It’s a little confusing, but there are arguments/explanations for both systems. For example — the road team wears darker colors because once upon a time they might not have had access to laundry between games and the darker colors hid the stains better. Or — home teams wear light jerseys because dark jerseys attract the sun which is a competitive disadvantage. Or — (and this is where your third jersey explanation comes in) the road teams wear white so that the home team can use its third jersey. A third jersey is usually another colored jersey that is either futuristic or a throw-back to a previous color scheme/design that a team will wear strategically to sell more merchandise to its fans. Some sports have requirements about when or how much teams can use this third jersey.

Back in my (old)hockey/soccer days I always thought the color scheme came down to a question of identification. Everyone knows who the home team is because it’s the home team! So it’s okay for them to wear white. The color of the road team helps the home fans to know who they are playing against. Later in my football/(new)hockey days I thought it was a subjugation thing — the home team gets to peacock around in its finest colored plumage while the road team is forced to look just like everyone else in white. When there are two “home teams” like in the case of Jets v. Giants or Lakers v. Clippers, the league will designate one of the teams as “home” and one as “away.” Jersey colors, season tickets, and other stuff follows from that.

What really bugs me is that home teams during the NHL playoffs will often do a “white-out” where all their fans get free white t-shirts. This is supposed to be intimidating? To a road team that’s wearing white? Arhg!!!

In case this hasn’t been enough dorky conversation about team colors, check out these guys at ColorWerx™ (formerly The Society for Sports Uniforms Research.™) Whoa!

14 thoughts on “Do Home Teams Wear White? Why?”