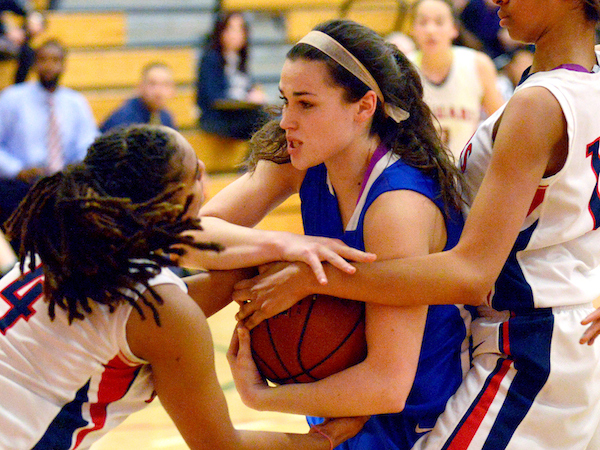 I’ve been watching some basketball and towards the end of games the announcer will sometimes say that a team has a “foul to give.” What does that mean?

In the NBA each player can commit five fouls before getting kicked out of the game for good on the sixth. A team cannot get kicked out of a gave for fouling too many times (although Chuck Klosterman wrote a great story about a team winning with only three players left at the end of the game) but there are consequences for fouling a lot. We’ll get to what these consequences are in a second, but first we have to quickly define a few different types of fouls.

Only defensive fouls count towards the team total. The count of team fouls resets to zero at the start of each quarter. On fouls one through five the player who is fouled will shoot two free-throws only if the foul was a shooting foul. After the fifth foul, from foul six until the end of the quarter, the player who is fouled shoots two free-throws for any defensive foul — no matter if they were shooting or not when fouled. This state of being for a team is called “the bonus.”

Okay — we finally have enough background to answer your question. Having a foul to give means that a team has not yet reached the fifth foul of the quarter. In other words — they can still foul the other team at least once before the other team is in the bonus and will shoot free throws when fouled. At the end of a game or quarter, having a foul to give is particularly useful because a defensive team can use it to disrupt the other team’s plans. If the offensive team has fifteen seconds left, they can set up a nice play to run but the team with a foul to give can wait until there are about three or four seconds left and then give that foul (i.e. foul the player with the ball.) Because the other team is not in the bonus, they will not shoot free-throws, they will just get the ball back and have to pass it in from out of bounds and try to run another play but this time with only a few seconds.