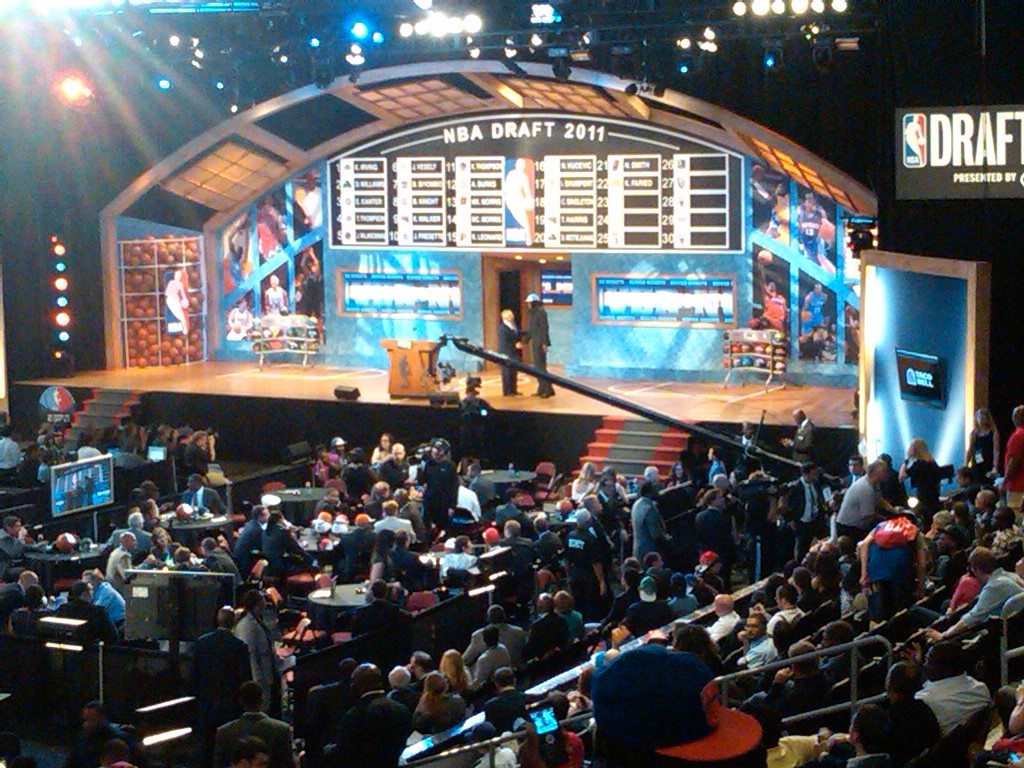 I know the draft has been televised before but I don’t remember hearing about it as much – has it always been this big a deal?

Drafts have become a much bigger spectacle in recent years, particularly in the NFL and NBA – there’s no doubt about it. But for die- hard fans they’ve always been a critical part of the off-season.

That’s because, for lack of a better phrase, it gives the losers hope. Being a fan of a bad team can be an incredibly frustrating experience. Once the season starts it becomes fairly easy to see who the contenders are and fans of other teams have to find other things to get excited about. Before the season starts, though, everyone has hope. That hope may seem completely untethered from reality and can come off as desperate, where fans wildly overestimate the potential of players (and coaches!) who have never amounted to anything in their careers. But before a single game is played to prove them otherwise, long-suffering fans psyche themselves up for every season by convincing themselves that SOMETHING that happened in the off-season will make the next season different.

The draft is perhaps the greatest and cruelest purveyor of off-season hope. Since the worst teams generally have the best picks, they have the best chance of picking a player who might single-handedly turn their franchise around – witness the success last year of the NFL’s Indianapolis Colts and Washington Redskin led by rookie quarterbacks Andrew Luck or Robert Griffin III; or, the sustained success of the NBA’s Oklahoma Thunder after they drafted Kevin Durant and Russell Westbrook.

BUT – and this is a significant but – drafting players is the ultimate hit or miss process. Despite all the time and money teams spend getting to know these players, ultimately there is no real way to tell how they will perform at the next level. Witness Greg Oden, a “can’t miss” center who was drafted first the same year Kevin Durant was  drafted second. Oden turned into a complete bust, largely due to the fact that his knees proved shakier than the Greek economy. For every Luck or RGIII in the NFL there are a dozen quarterbacks drafted and proclaimed a team’s savior who don’t pan out – the Cleveland Browns have been victimized by this repeatedly, which is why Browns fans are some of the saddest, if most dedicated, fans in the world.

Even for the oft-burned Browns fans, though, the draft represents hope and is one of the highlights of the off-season. Still, they have become bigger spectacles in recent years. This is primarily because the leagues have become much more focused on sustaining attention on their brand in the off-season – essentially trying to turn their part-time sport into a year-round commodity. Turning the draft into a televised spectacle is a natural part of that evolution. It may not seem like compelling TV but by incorporating clips packages and highlights of previous action and interviews with coaches and other players networks (ESPN) have managed to create a passable product that can help keep a sport relevant in the off-season.