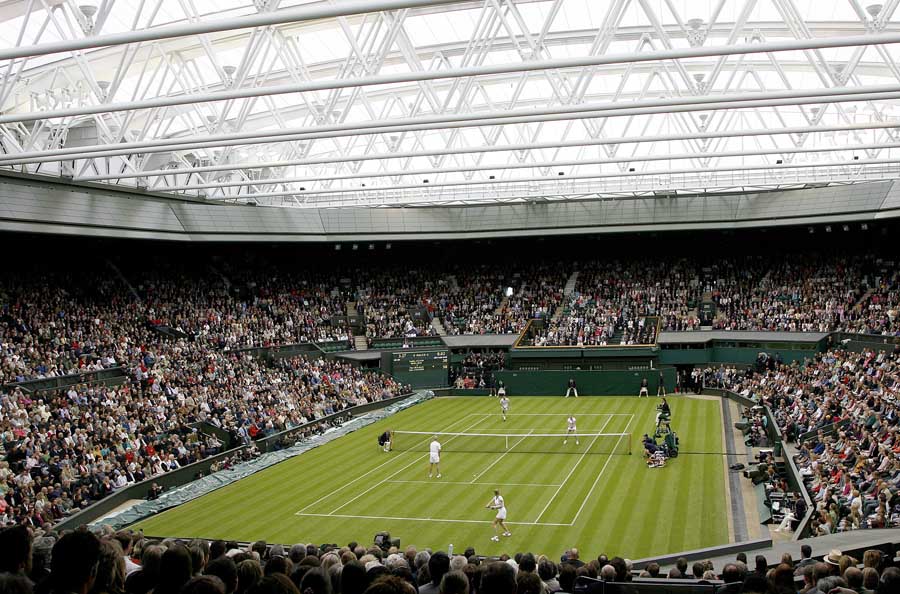 The scoring at Wimbledon is confusing enough with the weird way they count points but it gets very weird when all of a sudden the score is “deuce.” What does deuce mean in tennis?

You’re right! The scoring in tennis is a little unconventional. We explained the basic tennis scoring a couple years ago during Wimbledon in another post:

The trick is that, like a lot of games we used to play as kids when we didn’t want to go in for dinner, you have to win by two points to win the game. This means that if both players get to 40, the game cannot be won by winning just one more point. Instead of counting up and up (50, 60, 70, 80, etc.) until one player won two points in a row and was therefore 20 points ahead in scoring, tennis switches over to a relative count instead of an absolute count of the score.

So 40-40 is called deuce. Deuce literally means “two” so it’s easy to remember that the score is even between the two players (or teams if you are watching doubles tennis.) At the French open, it’s even easier to remember because instead of saying “deuce” they say “egalite” or equality. From there, the score is relative. When a player scores one point, the score changes to “advantage [that player’s name]. If that player scores again, they will be up by two points and will win the game. If the other player scores, the players will be tied again and the score returns to deuce or egalite and the pattern repeats itself.

Repetition is key because this is one of the few parts of a sports game that could, theoretically, go on FOREVER. A tennis game, once it reaches deuce, could become an infinite loop if the players alternate winning points. Lots of sports have theoretically infinite elements but they usually involve overtime or extra-innings. The only other “normal” element of a sport that I can think of which has the same capacity for going on forever is in baseball. A fouled ball (one hit backwards or sideways out of the field of play) counts against the batter as a strike but cannot create the third and final strike against the batter. Therefore, once a batter has two strikes against him or her, the at bat will continue as long as each pitch is fouled off.

Not to worry though, infinity is a long time and both scenarios are about as unlikely as monkeys randomly composing Hamlet.