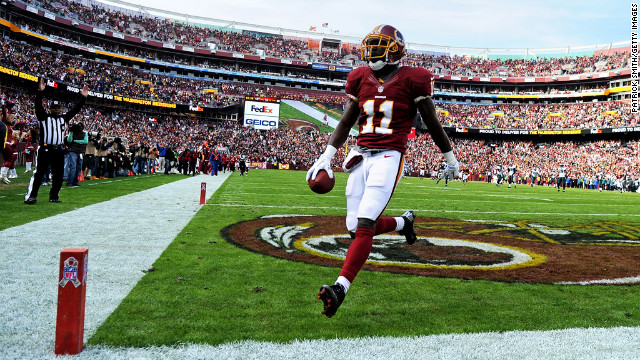 Very little about football is intuitive and that includes how its scoring works. Luckily, unintuitive is not the same as difficult to understand. There are really only three ways to score points in a football game.

A touchdown happens when a player in the end-zone catches a pass or when a player who is running with the ball pushes the tip of the ball across the goal-line. On its own, a touchdown is worth six points, but it also gives the team that scored it a bonus chance with the ball from the two yard line. A team with this extra point attempt has two ways to attempt to score — they can kick the ball through the goal posts for one point or they can score two points by running a single play which results in what looks like a second touch-down but which is only worth two additional points. In either case, if the team fails to convert their attempt, they get zero points. In this way a touchdown can result in six points (a missed extra point kick or failed two point conversion attempt,) seven points (a made extra point kick,) or eight points (a successful two point conversion.)

By far the most common choice following a touchdown is an extra point attempt. And almost all of them are successful. According to the Washington Post in an article recommending the eradication of the extra point, in the past 12 seasons, NFL teams have succeeded on 99.3% of the extra point kicks they’ve attempted. The high success rate of the extra point is the source of much of the confusion about football scoring. People will commonly refer to a touchdown as being worth seven points, not six because they assume the extra point will be successful. This makes the “two point conversion” much harder to understand because it nets the team eight, not nine points. According to wikipedia, two point conversion attempts are successful around 40% of the time. Most teams have “cheat sheets” with mathematic models that take into account how far the team is winning or more likely losing by and how much time is left to guide the coach to a decision about whether to go for one or two points following a touchdown.

The team with the ball can choose to attempt to kick the ball to score from any position on the field on any down. If they are successful at kicking the ball between the two uprights and above the cross-bar, their team gets three points. Teams usually attempt this when they are at most forty to forty five yards away from the end zone they are trying to score on. You’ll hear distances quoted that are longer than this because the ball is snapped back about seven yards from the line of scrimmage and the goal-posts are at the back of a ten yard end-zone. Field goal kickers have steadily gotten increasingly strong and reliable from less than 20% successful before 1970 to over 50% since 2000. That said, football fans seem to expect field goals to be successful 100% of the time and are liable to scream at the television when one is missed.

A safety is not the only way a defensive player can score (because he can score a touchdown after intercepting a pass or recovering a fumble) but it’s the only way points can be scored by a player who never even touches the ball! A safety happens when an offensive player is tackled with the ball in his own end-zone or when he steps out of bounds from the end-zone. Once in a while a team will intentionally give up a safety[1] but most of the time it’s the result of an exciting, fast moving play where the best plans of the offense are not just thwarted by the defense but laughably imploded like the shark at the end of Jaws.