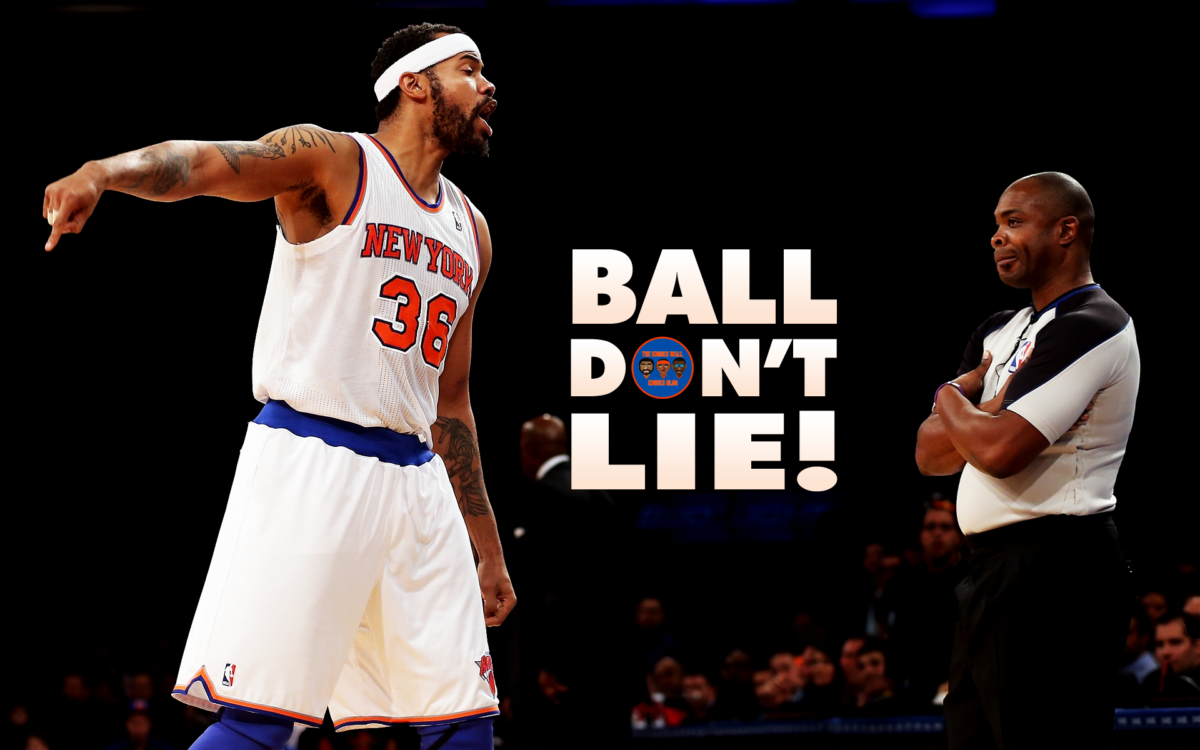 What does “ball don’t lie” mean? I’ve heard the phrase used in basketball but I’m not exactly sure what it means.

“Ball don’t lie” is a great basketball phrase that means roughly “you get what you deserve.” Its meaning is similar to other common phrases like “karma is a bitch” or to saying someone got their “just deserts.” While it’s true that basically every human endeavor can be interpreted through the lens of karma or just deserts, sports, because they set up high pressure situations and then resolve them with a high degree of luck involved, are uniquely suited to being interpreted through this lens. Of all the sports, basketball is the most well suited to embracing this philosophy.

Basketball is the highest scoring major sport, so if you’re looking to confirm a theory, you’re more likely to find evidence for it in a basketball game than any other sport — there’s just more stuff happening! Of all the major sports it also has perhaps the most subjective (or arbitrary) foul calls. This leads to players and fans on both sides feeling righteously indignant about the calls that went against them. They express it by screaming, “BALL DON’T LIE” and then, no matter which way the next play goes, one side will feel vindicated and consequentially have their belief in the existence of just basketball gods verified.

As one of basketball’s signature phrases, “Ball don’t lie” pops up in unexpected places. Yahoo’s NBA blog is called Ball Don’t Lie and there was a selling novel by that name by Matt de la Pena which was turned into a movie. Retired basketball player Rasheed Wallace was the world’s foremost proponent of “ball don’t lie” as a way of life. Before he retired, he left behind this exemplum of the phrase’s use. Someone put together a six and a half minute compilation of Wallace yelling “ball don’t lie” and more or less acting like a total lunatic goofball basketball yogi. There’s even a t-shirt of the phrase with Wallace’s likeness on it. My favorite example though comes from Hedo Turkoglu in an often misunderstood post-game interview from 2010. During the interview the sideline reporter asks him what he did differently that night that lead to him having such a good game (usually the best player in the game is chosen to do the on-court post-game interview) and Turkoglu responds simply, “ball.” The reporter tries to interpret this mysterious comment as best he can, but I like to think it was more mystical than mysterious — Turkoglu felt that he had worked hard or been unjustly slighted in a previous game and that according to the basketball principle of “ball don’t lie,” the basketball gods owed him one.

Now that you know what it means, you should feel free to shout “ball don’t lie” as much as you can. Watch out for those wonderful moments when the person who cut you off on the sidewalk while texting bumps into a light-post or when that guy who keeps moving your laundry from the washer mistakenly dyes his underwear pink. Ball don’t lie!