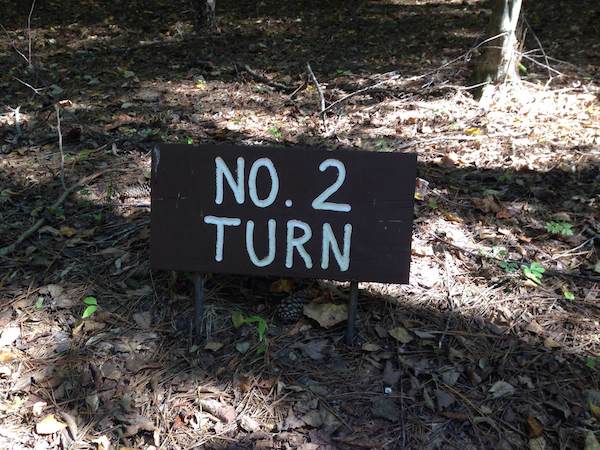 The Occoneechee Speedway in Hillsborough, North Carolina, was one of the first race tracks in NASCAR history. A .9 mile long, oval dirt track, it was purchased and expanded by NASCAR pioneer Bill France and was ready for racing during NASCAR’s inaugural season in 1949. The first NASCAR race at the track was won by Bob Flock and drew 17,500 fans. The Occoneechee Speedway continued to be used as a NASCAR track until 1968 when, in part due to complaints from local churches that didn’t like racing on Sundays, it was closed down. There’s a little bit of dramatic irony in this choice because the first Super Bowl had just happened a year before, in 1967. Little did those church-going folk know but Sundays were just starting to be dominated by another sport and getting rid of the raceway was not going to be the most effective move ever.

After a few years, the speedway fell into disrepair and a fast growing forest sprung up in and around the track, covering what used to be wide open fields with beautiful trees. In 2002 the site was listed on the National Register of Historic Places. A walking trail was created along the path of the track soon after and restoration of the grandstand and some of the track buildings in 2006. There is a local group devoted to the track’s restoration which you can join here and which also runs an annual racers reunion and car show.

I’m visiting friends in North Carolina this week and I had the pleasure of walking a few laps of the track yesterday. It’s a beautiful, peaceful place which makes it hard to imagine dozens of cars powering their way around the track while thousands of people watched and cheered. I took some photos:

If you’re wondering what it looked like in the old days, check out the video clip of the track at the bottom of this New York Times article about the track by Robert Peele. The footage was taken in 1963 by the Peele’s father!

The Occoneechee Speedway is a great example of how sports weaves itself into the cultural and natural history of the world. It was fun to visit it!