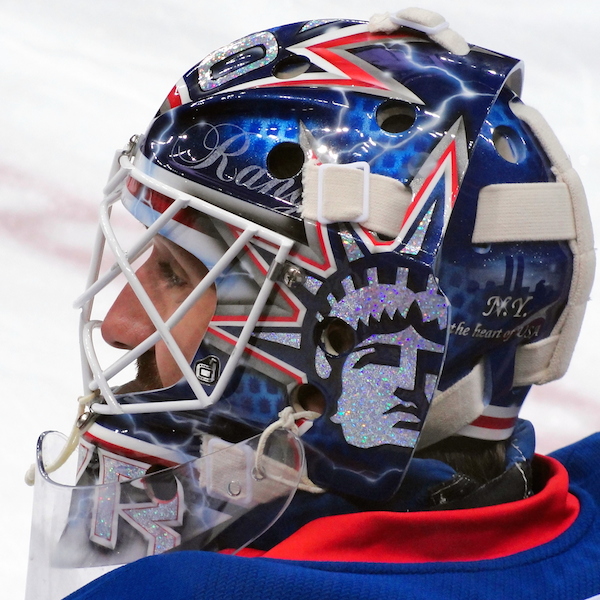 Jerry Seinfeld famously joked that “loyalty to any one sports team” is a curious thing because, if you accept that the players move from one team to another and eventually retire, rooting for one team must be nothing more than “rooting for laundry.” It’s a clever joke, mostly because it creates such an amusing scenario. What if we did root for literal laundry? “GO TUMBLE-DRY ONLY SHIRTS!!” As with all good observational humor, there’s a deeper truth lurking beneath. Team sports, particularly professional team sports, demand a subordination of the individual to the team that goes far beyond what most of us experience in our professions. The darkest aspect of this subordination is played out in the eagerness of athletes to play through injuries that would sideline most people and should sideline them for the sake of their future health. Professional athletes have few opportunities to express their individuality, which is why the ones they do have — touchdown dances in football and walk-up music in baseball being two clear examples — are so important to them and noticeable to fans. In all of sports there may be no cooler way (except maybe these skeleton helmets) for athletes to express their individuality than hockey goalie masks.

It seems completely crazy now but hockey goalies didn’t wear masks or helmets until 1959. It took only another decade or so for the first goalie to decorate with his mask. According to a fairly comprehensive history of hockey goalie mask designs on NHL.com, Gerry Cheevers drew a simple stitch onto his otherwise undecorated mask in protest against his coach who ordered him back on the ice after taking a shot to the face. That the beginning of what has become an amazingly diverse artistic endeavor was the action of an athlete asserting his individuality is fitting. Since then the battle between subordination to the team and assertion of the individual has played itself out in the aesthetic of goalie masks.

Goalies like Ed Belfour and Felix Potvin successfully branded themselves with their masks. Belfour always had an eagle design and Potvin always had a cat. These identities and nicknames followed them from team to team and allowed their fans to root for them regardless of what laundry they were wearing. A contemporary of theirs, Ron Hextall believes that a goalie should choose to align his identity with his team’s:

“If you want to tie yourself in there somehow, fine, but I always preferred the team logo rather than something about you,” said Hextall, citing the masks worn by Dryden and Martin Brodeur as easy-to-recognize and iconic. “I still believe a goalie mask should be tied to the organization, the city or the logo rather than to the goalie himself.”

I wonder what he would think of the New York Rangers backup goalie, Cam Talbot, who recently debuted his latest ode to his favorite movie, Ghostbusters? Talbot calls it the “GoalBuster.” Ha!

If you want to get in on the goalie mask game yourself, you can do it with this NHL Mini Goalie Mask Standings Board

. You can use these tiny helmets to involve yourself in the NHL by keeping daily standings of divisional or conference standings. Note though, that the masks here are not the masks of individual goalies, they are simply painted in team colors. Sure, you might say, this is easier and safer to do because you never know when a goalie will get traded or injured and his mask design could become obsolete. The cynics among us would note though, that inevitable obsolescence is often a good plan for products like this because it encourages you to buy it again next season. Is it possible that the makers of these helmets are taking a stance against the individuality of athletes so that we sports fans continue to root for laundry?