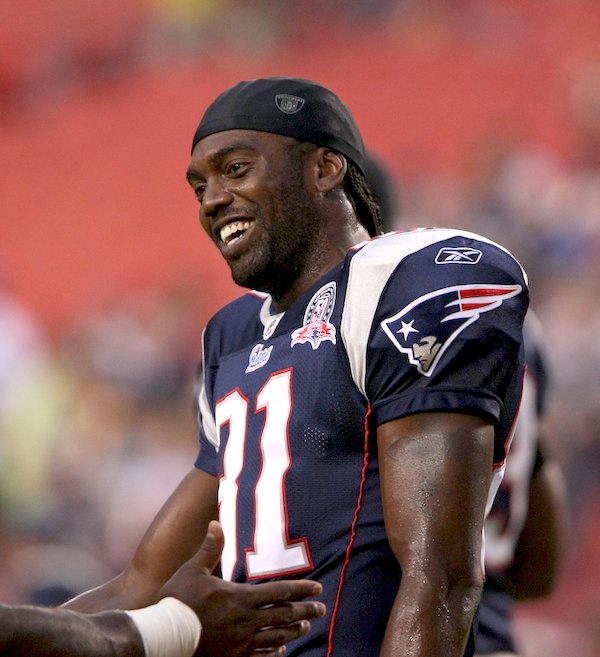 Rand University, the latest in ESPN’s 30 for 30 series of documentary films about sports, premiered last night. The film was directed by Marquis Daisy and produced by Bomani Jones. The film tells the story of Randy Moss, one of the greatest wide receivers in football history, specifically his growth from a middle schooler in Rand, West Virginia, to being drafted in the first round of the NFL draft by the Minnesota Vikings. Rand University is simultaneously a  familiar, almost cliched story, and one that doesn’t get told nearly enough.

Randy Moss grew up in poor, predominantly black, rural West Virginia, in a town called Rand. He was a multi sport athlete, excelling at everything he tried his hand at: baseball, basketball, track, and football. Moss was raised in a church going family by a strong mother. His father was not in his life. Rand was a small enough community that it sent its children to nearby DuPont High School which was 98% white. Even (or maybe especially) as a star athlete at the school, Moss felt the racial tension acutely. He says in the film that he got into one racial fight every year at high school. In his senior year, Moss supported a fellow black student in a fight against a white classmate who had written “All niggers must die” on his desk. The white student was beaten badly and suffered, among other injuries, a lacerated spleen. The law was brought in and Moss plead guilty to assault charges and was sentenced to 30 days in jail. This conviction caused Notre Dame, the college Moss had his heart set on playing football for, to drop him from their team. Notre Dame helped Moss arrange attending Florida State a similarly strong college football team but with a well-known propensity for working with players with convictions in their past. One of the conditions of the arrangement was that Moss would redshirt (practice but not play) during his freshman year. Moss went along with this program, even though that can be a difficult thing for a young player to accept.

His freshman year went by smoothly but back in West Virginia, during the summer afterwards, Moss ran into more trouble. He was caught smoking weed which broke his probation and he was thrown back in jail. While there, he learned that Florida State wouldn’t take him back for his sophomore year. In interviews with Moss from prison and in footage from his subsequent trial, Moss sounds coached but sincere. It seems strange now, but in the context of mid-nineties fear/hatred towards black athletes following the OJ Simpson trial and a generally much more moralistic atmosphere (see congressional hearings about Eminem’s lyrics, the Clinton sex scandal, etc.) Moss came very close to losing his athletic future. As with almost everything, there was a more local context that may have effected his situation too. Moss claims that he was treated harshly by the legal system because he ignored the University of West Virginia while choosing a college. In retrospect, this seems totally reasonable given what we know from the Jameis Winston story at Florida State about the insidious influence of big-time college football programs in law enforcement. Moss had also fathered a child with a white woman while in high-school; not a popular move in mid-90s West Virginia (or almost ever in U.S. history.)

Moss found his one-last-shot at nearby Marshall University, a second tier college football program. This university provided Moss an opportunity that others couldn’t — because it was slated to play one more season in 1-AA before moving up to the top level 1-A college football league, Moss would not need to sit out a year because of his transfer. He could do what he wanted to do, what he lived to do: play football. And play he did. Moss played astoundingly well. He basically could not be stopped. Marshall’s coach Bob Pruitt said of Moss, “We had a simple package. If there was one guy out there guarding him, we threw him the ball.” Moss set all sorts of records that year and then, against tougher competition the following year, he did it again. He won the Fred Biletnikoff award given to the best wide receiver in the country and was a finalist for the Heisman trophy.

The message of the film is just how fragile the path to success is for even the most talented poor kids. The story of Moss’ friend and teammate, Sam Singleton Jr., was a sad reminder that just a smidge less talent and a few more misteps can easily tip the scales and consign someone to the tragic almost-inevitability of poverty. The term Rand University, which Moss sometimes claimed in NFL introductions when not repping Marshall University, was a long-lived sad, joking truism of their home town. A resident of Rand in the film explains that Rand University meant hanging out next to the 7-11 instead of going to play college or professional sports. It meant being in jail or arrested for drugs. It meant that something would go wrong and you wouldn’t be able to take the next step. No single image could make this point more poignant than the image of Randy Moss at his assault trial wearing ankle shackles. To really understand this image, you need to know how sports fans think about Moss. Grantland’s Andrew Sharp wrote an article about Moss to accompany the film. Here’s how he described Moss:

There may have been better players than Moss, but nobody ever made football look easier. He could run through defenses designed to break him in half, and run 10 yards past coverage designed to keep him from going over the top. He was faster than anyone in the league, but he never looked like he was going full speed. He could catch anything, outjump anyone, and when he was pissed, he played better.

The image of Randy Moss, who could not be stopped on a football field, literally shackled at the ankles is a bitter reminder of how tenuous the path out of poverty can be.

Rand University tells its story through one athlete’s. Michael Lewis’ book, The Blind Side, tells a similar story about Michael Oher, an offensive lineman. Lewis, an economist, more explicitly uses Oher’s tale to make a cultural point. He asks rhetorically how much raw talent could be harnessed if we, as a society, could make the path out of poverty more secure for young, poor, often black, kids? That’s exactly what U.S. Soccer is trying to do. In a wonderful article that coincidentally came out on the same day as Rand University, Stanley Kay examines the U.S. Soccer’s outreach program for Sports Illustrated. Youth soccer, as exists today, often overlooks poorer, often non-white children, because of the cost of playing on teams and maintaining soccer fields. These under-served populations end up playing more informal or street soccer. One of the interesting messages of Kay’s article is that not just are we missing out on a percentage of athletes who could become international soccer stars, because we don’t find ways to develop kids who grew up playing in street soccer games, we miss out on the creativity and ball-handling skills that informal soccer develops. Doug Andreassen, an important figure in the article, is the Chairman of U.S. Soccer’s Diversity Task Force tells Kay about:

The chemistry between Dempsey and fellow Seattle Sounders forward Obafemi Martins, who grew up playing street soccer in Nigeria. “You see this magic they have between them as forwards. It’s no-look passes, back-heel passes, stopping and starting the ball. You just don’t see that in players who come from structured backgrounds,” he says with admiration. “You can’t teach that.”

It’s inspiring to read about Andreassen and other people working to systematically harness the power of our entire country for their sport while at the same time working to make our country a better place, at least for athletic children of all colors and backgrounds. If they need any more inspiration, they should watch Rand University. Sure, Randy Moss grew up playing organized sports from a young age, but he credited some of his play to the informal game, razzle-dazzle, that he spent hours and hours playing as a kid in Rand, West Virginia. Moss had the talent to escape, he had the discipline and competitive drive to escape, but to make things easier for the next Randy Mosses, we need people like Marquis Daisy, Bomani Jones, Michael Lewis

, and Stanley Kay telling their stories and people like Doug Andreassen working full-time to make our society a better place.