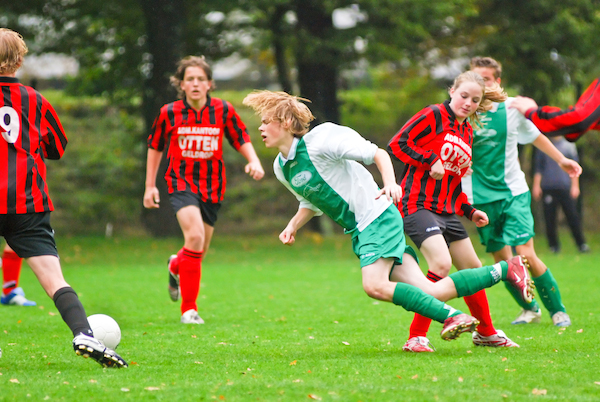 Why do soccer teams pass the ball backwards so much? Sometimes they go all the way back to their goalie. I know it makes me seem like a dumb American but I get so annoyed when soccer teams do this. Aren’t they trying to score? What’s up with that?

Yours is a common question. It does seem counter-productive to move the ball backwards so much in soccer. I admit, even having played soccer my whole live and having spent many more happy hours watching soccer, that at times, I share your annoyed feelings. There are good reasons why soccer teams pass the ball backwards so much and it’s worthwhile to explore them because they touch on some of the core principles of soccer.

The first reason why teams pass the ball backwards so much is because it helps them keep the ball longer and having the ball is much less tiring than chasing the ball. Fatigue is an important element of soccer. The game is one and a half times longer than football and hockey and almost twice as long as basketball. Soccer is also much more restrictive when it comes to substitutions than those other sports. In most competitive soccer, only three subs are allowed for the whole game. Being more fit than the other team is a big advantage and possessing the ball for a majority of the time is a big tactical advantage when it comes to fatigue. The team with the ball moves as it wishes, offering a chance for some to catch their breath while others make short, sprinting runs up field. The team without the ball is forced to chase, not just the ball, but person with the ball, and anyone else who is running around the field. As the team with the ball moves forward towards the goal they are trying to score on, they meet increasingly more resistance from a higher concentration of defenders. This increases the chances that they will lose the ball and have to transition to more tiring defensive behavior. If, on the other hand, they pass the ball backwards, they’re less likely to lose the ball and they can continue tiring the other team out. Advantage team with the ball, advantage passing backwards.

Of all the major sports, soccer is the hardest sport to score in. As I wrote in my post answering “Why do people like soccer?” there are four key factors in this:

All of these offensive disadvantages are magnified when operating in a space with a higher density of defenders. The precision a player needs to hold on to the ball, pass it to a teammate, or get a reasonable shot on goal increases seemingly exponentially when surrounded by two, three, or four defenders. Soccer players know this. They know that they have a much better chance of scoring if they can do it against a sparse collection of defenders. One way to do this is to allow the other team to have the ball and attack your side of the field. Then, try to steal it from them and quickly transition to offense before all their players can run back to defend. That’s a risky proposition! Passing the ball backwards is a safer, if slightly less effective way of achieving the same effect. By moving the ball back towards your own net, you tempt the opposition to follow you, stretching their position and decreasing their ability to completely surround and stymie your attackers.

You’ll often hear soccer announcers or fans talking about a team’s “shape.” In a sport that has a lot of unique words, at least for Americans, like “nil” for “zero”, “pitch” for “field”, or “golazo” for “holy shit, did you just see that unbelievable goal”, it would be easy to dismiss this linguistic peculiarity. It would be a mistake. The metaphor of shape is incredibly useful when watching soccer. It’s so difficult to translate the positions and actions of 22 players in constant motion into meaningful tactics. If you think about each team as having its own shape, with edges defined by the outermost players to the front, back, and sides of the field, then understanding what a team is trying to do becomes easier. I think of soccer as a game between two globs of semi-liquid, semi-solid gloop. When a team’s shape is compact, it’s very tough to cut through it and score. When a team’s shape gets stretched out, it’s much easier. When the team with the ball passes it backwards, they’re trying to stretch their opponents shape until it becomes thin enough to poke through with a few passes ending in a goal.