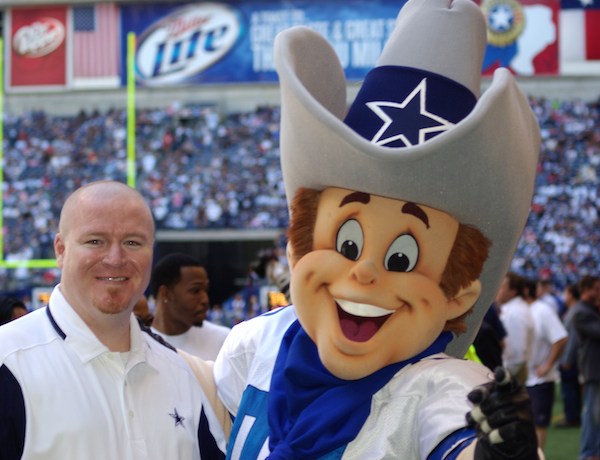 I am still learning about American football. There are too many rules. 🙂 Anyway, last night watching the game of Cowboy and Lions with friends in NYC, I realized Giants fans don’t like the Cowboys. Why is that?

The NFL is made up of 32 teams. These teams are split into two 16 team conferences. The conferences are based on history, not geography. The National Football Conference (NFC) is made up mostly of original NFL teams while the American Football Conference (AFC) is made up of mostly teams that were originally part of the American Football League (AFL), a professional league that competed with the NFL before the two leagues merged between 1966 and 1970. Within each conference, the teams are divided into four groups of four teams each called divisions. Conferences and divisions are importantly largely because they help define a team’s opponents each season and affect a team’s playoff chances. As we discussed at length a couple of weeks ago, playoff spots are reserved for the best team in each of the four divisions, regardless of how that team compares to other teams in the conference or league. Each year team’s play every other team in their division twice, six games against other teams in their conference, and only four against teams from the other conference. Not only do games against the other teams in their division mean more for determining whether a team makes the playoffs but because the teams play against each other twice a year, every year (that’s somewhere around five times more frequently than teams in the same conference but not the same division and eight times more frequently than teams in the other conference) divisional opponents tend to develop fierce rivalries. Fans pick up these rivalries and often carry them even more ferociously than the players or coaches involved.

The New York Giants and Dallas Cowboys are in the NFC East division along with the Philadelphia Eagles and Washington Redskins. Giants fans, of course, (sports) hate the Eagles and Redskins as well as the Cowboys (and if either of those teams had been in the playoffs, you would have heard complaints about them too), but maybe, Giants fans hate those teams just a smidge less. There are two reasons for this: the first is simply a question of geography. Philadelphia and Washington D.C. are at least mid-Atlantic cities. They’re not the same as New York, and from my understanding of New Yorkers, they don’t pose a threat to New York from a city-comparison perspective, but they are at least understandable. The Cowboys, on the other hand, are from way out in Texas somewhere and the identity of their team and fans, while not as outwardly offensive as the Washington Redskins, is totally foreign to New Yorkers. Dallas epitomizes everything that’s foreign and slightly embarrassing for football fans who grew up in New York. This is particularly true because somewhere in the 1970s, the Cowboys became one of the most overall popular teams in the NFL. This led to their being nicknamed “America’s Team” in 1978 by NFL films itself. This legacy has lived on and, despite only having won a single playoff game before this past weekend since 1996, the Cowboys have remained central to the NFL. They are the premiere team, the most talked about team, the most widely loved team, even when someone else wins the Super Bowl. That plays into them engendering more hatred than any other team as well.

Whether you decide to be a Cowboys fan or hater, I hope you enjoy the playoffs,
Ezra Fischer