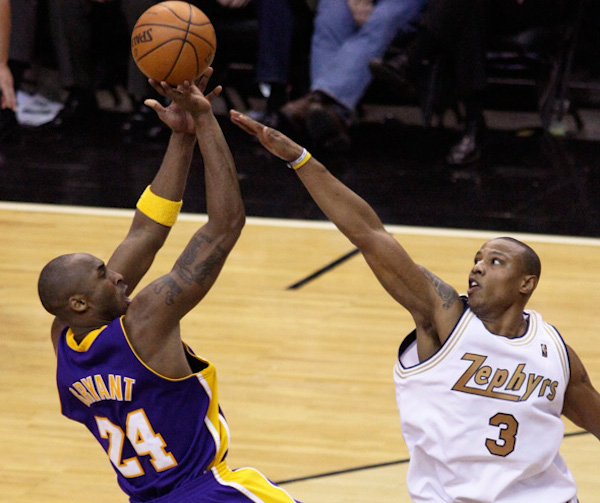 What exactly is a buzzer beater? I know it’s a last second shot, but how last second does it have to be? And is it only in basketball? Why?

Nothing reminds people that sports are a constructed universe more than the clock that counts inexorably towards the end of a game. In most timed sports, like basketball, football, and hockey, this clock is present in the arena and on television screens throughout the entire game. In soccer, the official time is kept only by the referee, and in untimed sports like tennis and basketball, time takes a back seat to sets, games, or innings. Each sport that has a clock deals with what happens when the clock runs out a little differently. Hockey rules simply that when the clock hits zero at the end of a period or game, the action ends. If the puck is an inch from crossing the goal-line when the clock hits zero, there is no goal. As befits football’s nature as a set of successive plays, football rules dictate that time only matters at the start and end of plays. If there is a second on the clock, that is enough time for another play. If there is no time at the end of a play, (with an exception for penalties) there will be no next play. The clock hitting zero during a play makes no difference to the result of that play whatsoever. Basketball has a different way of deciding what happens when a clock hits zero.

There are two clocks in basketball: the game clock and the shot clock. The game clock starts at 12 minutes for each National Basketball Association (NBA) quarter or at 20 minutes for each college basketball half. The shot clock starts at 24 seconds in the NBA and 35 in college and resets each time possession of the ball switches from one team to another or if a shot hits the rim. The shot clock was introduced in the NBA in 1954 in order to force teams to shoot the ball more frequently. Basketball wants shots! As part of the shot clock rule, the NBA decided that instead of requiring a shot to go in or hit the rim before the 24 second clock hit zero, they would enforce it from the moment the ball left a player’s hand. Once the ball is in the air, flying towards the hoop, time is effectively no longer an issue. Basketball teams have 24 seconds (or 35 in college) to shoot the ball, not to make a basket or hit the rim.

This is a natural rule for the shot clock. After all, the shot clock was not put in place to stop play every 24 or 35 seconds, it was intended to create a fast-moving, offensive, and continuous game. When the same logic is applied to the game clock, it’s a little bit more jarring. When applied to the game clock, it means that a ball, flying through the air, after the clock hits zero, is still in play as long as the player who shot it let go before time expired. This is the essence of a buzzer beater! It’s a shot that continues after the game clock has hit zero.

There are, as you might expect, a few wrinkles to how this term is used. First, although a buzzer sounds whenever a shot clock or game clock hits zero (thus the “buzzer” moniker), people almost always use the term to refer to the game clock hitting zero at the end of the fourth quarter. Second, although buzzer beater literally should be a shot that leaves a player’s hands when there is time left on the clock and goes through the basket (or doesn’t) after time has expired, people have gotten a little sloppy. Shots that are made with less than a few seconds left are often referred to as buzzer beaters, even if you and I know that they technically should not be. In this Youtube video of great NBA buzzer beaters, about half of them should technically not qualify because there is still a fraction of a second left on the clock after they go in:

As you can see from the video, buzzer beaters are exciting! This is the third and last exception to their pure definition. A buzzer beater that happens when a team is down by forty points is not really considered a buzzer beater. To really be though of as a buzzer beater, a shot should not only fall after the clock hits zero, but it should also win the game for the team that shot it.

The only other sports parallel I can think of to the buzzer beater is from boxing where a fighter who has been knocked to the ground can be “saved by the bell.” In boxing, a downed fighter has ten seconds to rise back to his feet and prepare to continue boxing. If he or she can’t do that, they lose the fight. The only exception to this is a boxer who gets knocked down with less than ten seconds left in a round. In this case, depending on the rules of the fight, he or she might be given a free pass from that time requirement. It’s mostly an anachronism today — boxing rules have evolved enough to recognize that a fighter who cannot recover in ten seconds should not keep fighting, even if it is at the end of the round. Still, it’s interesting that both phrases for how sports action continues after the clock hits zero have become recognizable phrases in our language. People are fascinated by what will happen after their own time has run out. In the constructed world of sports, we get to decide how that works. In boxing and basketball, there is momentarily, life after death.

Thanks for asking,
Ezra Fischer