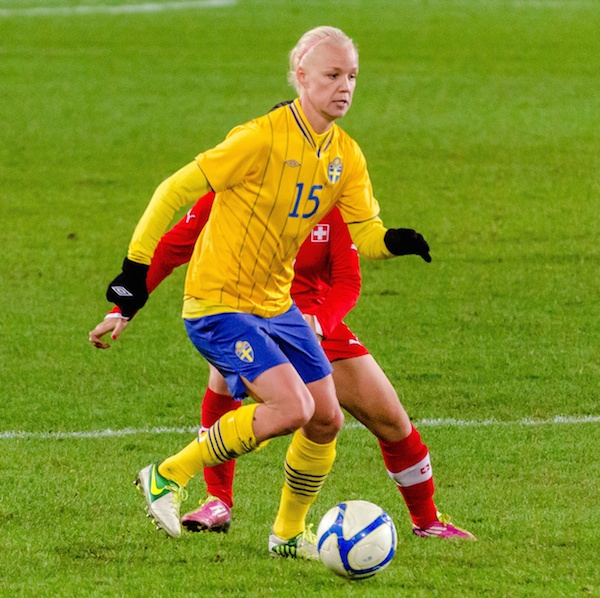 What is a nutmeg in soccer? And why does it have such a crazy name?

Nutmeg is a colorful term used in soccer that refers to when one player directs the ball intentionally between the legs of another player. It’s similar to the ice hockey term, “five hole” which we wrote about earlier this week but the two are not interchangeable. Whether it’s a shot that goes between the goalie’s legs on its way into the net, a pass to a teammate that goes between a defenders legs, or if a player dribbles literally right through another player and keeps control of the ball, getting nutmegged is one of the most humiliating moments in soccer. Soccer is a very territorial sport. I often think of soccer teams as being made of a semi-viscous material that stretches between nodes centered on each player. To score in soccer, you need to find a point between players where the material is thin enough to be punctured. As an attacking team gets closer and closer to a defender, the material gets thicker and harder to break through. Going directly through a player is usually too difficult to even be worth attempting. A nutmeg is the ultimate breakdown of this rule. A defender who gets nutmegged has failed his or her team in the most basic way.

The derivation of the term nutmeg is a mystery with several plausible solutions. The Wikipedia entry on the topic and a 2005 article from The Guardian list the same three possibilities:

Whichever derivation you prefer, it’s interesting to see how many of the words for this action in other languages also have some element of food in them. All according to the same Wikipedia article:

Of course, it wouldn’t be a real blog post if I didn’t suggest another, totally unfounded, theory about nutmeg. Getting nutmegged is harmful in many ways. It’s humiliating to be faked out and beaten so badly. It’s also bad, potentially very damaging for the team to have allowed a player to go through what should have been a defensive stronghold. Perhaps nutmeg was an apt word to use because it too can be harmful. Nutmeg is not only a spice, it’s also a reasonably strong drug. A New York Times article from 2014 on the subject describes the experience of consuming too much nutmeg as “not exactly comatose, but… really sluggish.” Playing the ball through an opponent’s legs is the most effective way to make him or her look “not exactly comatose, but really sluggish.”

Could the use of the term nutmeg in soccer come from the experience or observation of a person suffering through a bad nutmeg trip? Who knows! It’s fun to think about. While you ponder, enjoy a highlight reel of some amazing nutmegs.

Thanks for asking,
Ezra