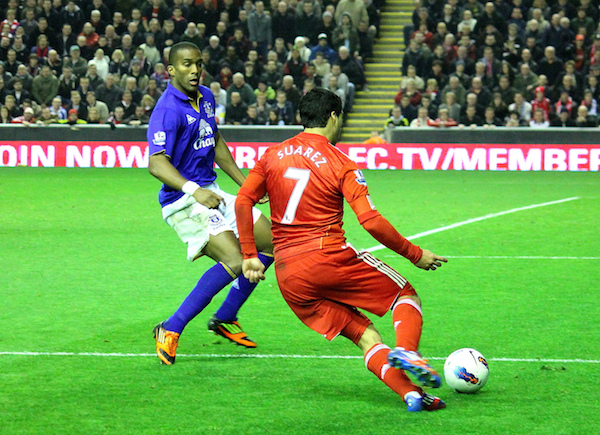 European soccer has a bewildering array of teams and competitions. It’s often hard to understand how European club soccer works, even for people who love soccer. Many of the things sports fans in the United States take for granted about how professional sports works are simply not true in European soccer. As with many elements of sports, almost no one in the sports media ever stops to explain the intricacies of a system that, once you start to grapple with it, is not that hard to understand. So, without further ado, let’s answer the question: how does European club soccer work?

Here are some of the most famous and competitive domestic leagues in Europe. I’ve organized them into tiers based on how many qualification spots they get into the most prestigious international club soccer competition, the Champions League. More on that soon.

Close but not quite the best: Serie A – Italy, Primeira Liga – Portugal, Ligue 1 – France

That’s a lot of leagues, but there are at least 39 others in Europe, from Wales to Macedonia and back again.

While these 54 or so domestic league seasons are taking shape, many of the teams in those leagues will play in other tournaments. These tournaments, generally called Cups or Leagues themselves, have a format that will be familiar to most soccer fans. They begin win one or more group stages, where teams, usually four, in a group play each other in a round-robin to decide which team moves on to the knock-out stage. The only wrinkle to many of them is that instead of a single game against another team, most of these tournaments have teams play each other twice, once at each team’s home stadium. After the two games, the team that has scored more goals in the two games combined, advances.

During a soccer club’s domestic league season, they will usually also take part in at least one Domestic Cup. A Domestic Cup is a tournament of club teams within one, a set, or all the domestic leagues within a country. These tournaments can be divided generally between League Cups and Association Cups. League Cups are those that restrict their entries to teams in one or two or a handful of domestic leagues. Association Cups are open to every team in an entire country’s domestic league system. There’s something very attractive and truly crazy about the open-endedness of an Association Cup. If sport is supposed to be the ultimate meritocracy, then why not let a team of semi-professional players with a budget of only a few thousand euros or pounds go up against one of the biggest and richest teams in the world? Miraculous upsets really only happen once every twenty or thirty years but when the do, they’re worth savoring, and they lend the entire tournament an air of romance.

A few of the most famous domestic cups and most widely televised ones in the United States are:

As you might suspect from the interrelated nature of Europe’s politics, some of its best club soccer comes in games between teams from different countries who play in different leagues. The Champions League is the premier international tournament of club soccer in the world. It’s such a big deal, that for most teams, winning a Champions League title is a bigger deal than winning a domestic cup or their league championship itself. This is a little hard to understand for most American sports fans. Once we identify the parallel between the NBA, NHL, MLB, or NFL and a domestic soccer league in Europe, it’s hard for us to imagine that anything could be more important than winning a league championship, but it is.

The Europa League is to the Champions League what the NIT is to the NCAA Tournament in American college basketball. It’s a second-tier international club competition. It’s recently become more interesting because the overall winner of the Europa League will get a (close-to) automatic spot in next year’s Champions League. That alone is worth enough to a soccer team and its fans to make this once-mostly-ignored competition more interesting.

Well, I hope this has helped. I’ve found that watching European soccer can be quite rewarding. Its strange elements make me think about how sports leagues are set up and open my mind to thinking about the benefits of different forms of competition. A lot of the soccer is also very high quality — some say it’s actually better than the World Cup. It’s more accessible now than it’s ever been before. Games are televised live, mostly on NBC Sports Network, Fox Sports 1 and 2, and beIN Sports, but also on NBC and Fox. Game times are often mid-afternoon during the week and on Saturday and Sunday mornings. Give it a try sometime and let me know what you think!