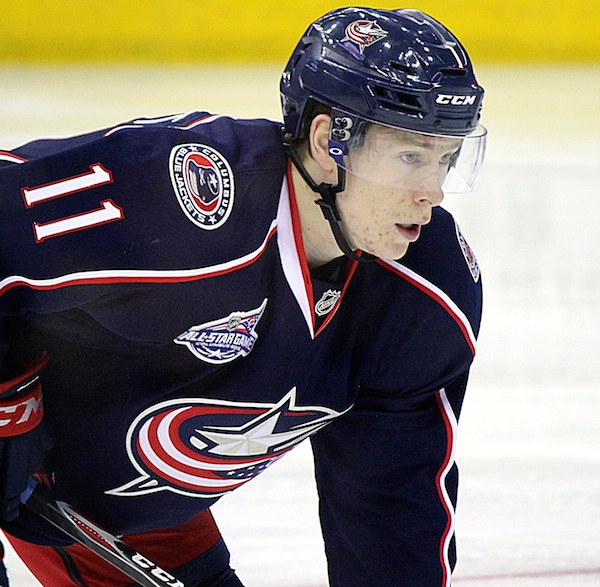 There’s an old joke, usually attributed to Rodney Dangerfield, about hockey that goes, “I went to a fight the other night, and a hockey game broke out.” At the risk of trying to explain humor, this joke works because it flips what would be a more reasonable comment, “I went to a hockey game the other night, and a fight broke out.” In reversing the statement, the joke identifies a hidden truth about how many people watch hockey — the violence is the primary attraction and the sport, secondary. The juxtaposition of two news stories today from Yahoo!’s hockey blog, Puck Daddy, made me think about the joke in another way.

The first of the back to back stories was a story by Greg Wyshynski about an NHL player whose choice to play with a tinted visor on his helmet following a concussion casts doubts on whether he truly recovered. Wyshynski suggests that the player, Matt Calvert, played through concussion symptoms earlier in the year before being held out for fifteen games. Now that he has apparently recovered, he’s returning with a tinted visor because he is still sensitive to light. Now, it’s not impossible that his light sensitivity is unrelated to the concussion or that it’s not a sign that he hasn’t truly recovered enough to be playing, but it sure is suspicious. The second story, published eight minutes later by Sean Leahy, comes from Sweden, where a 31 year old hockey player named Andre Deveaux has had an arrest warrant for an assault charge issued following something which happened before a Swedish club hockey game. Deveaux felt he had been dangerously attacked by an opposing player in a previous game and decided to take his revenge during pre-game warm-ups. In video you can see Deveaux skating up behind an opponent, swinging his stick at the player’s feet, and then wrestling him to the ground. When asked about it afterwards, Deveaux protested that his actions were not as bad as his opponents, because he felt the hit he took was more dangerous (and indeed, he claims to have had concussions symptoms since that hit, although he still played) than the attack he perpetrated.

The connection between these two stories may not be obvious but I do think it’s significant. Both stories are about grappling with violence in the context of hockey. Hockey has a complex set of written and unwritten rules that determine which forms of violence are acceptable. The outside world does as well, both in the form of laws and cultural norms. When we criticize a sport for allowing a concussed player to return too soon after a concussion, we’re basing that view on our ever-changing set of cultural norms. When we issue an arrest warrant for a player for assaulting another player, we’re basing that on both laws and cultural norms.

In the first article, we never find out much about the hit that caused Matt Calvert’s concussion, but we don’t really need to. Like in American Football, the collisions that are integral to hockey are more than enough to plausibly and perhaps inevitably cause brain injuries among a good percentage of its players. That Calvert got a concussion playing hockey is understood — what’s at question is how he and his team and the league should be handling his diagnosis, recovery, and return to play. In the second article, the details of the incident are important. It’s rare but not unprecedented for a warrant to be issued from an incident on a hockey rink. Of course, hockey players assume a certain amount of violence when they step on the rink. Lots of what happens on a hockey rink would be fairly considered assault of the rink. What differentiates Deveaux’s assault from a normal body-check is primarily the rules, written and unwritten, of hockey itself.

“I went to a hockey game the other night and a conversation about cultural acceptance of violence broke out.” Is, perhaps, less of a good joke, but in this case, it’s probably more true to life.