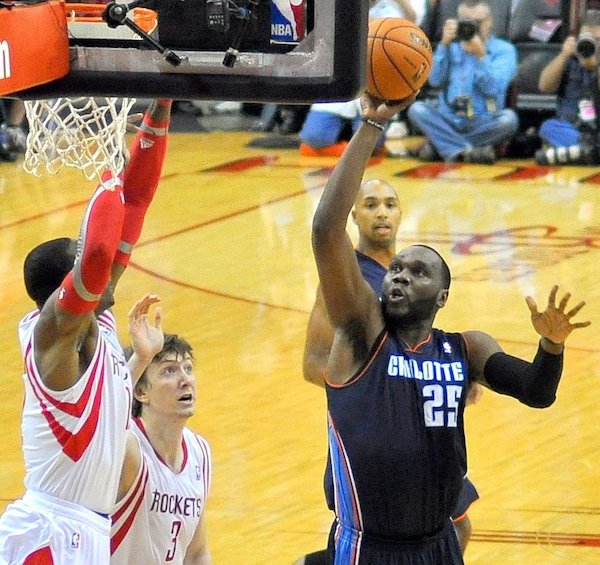 During virtually every basketball game you watch, men’s or women’s, college or professional, at some point a little graphic seems to float up onto the screen and an announcer will note its content to reinforce it’s message. “The UC-Irvine Anteaters are on a 9-2 run in the last three minutes and 26 seconds,” the announcer will say. What this means is that in the last X time Team A has scored Y points while Team B has scored Z points and Z is always significantly less than Y. This is supposed to be surprising and impressive. “Wow” the viewer is meant to think, “Team A is really beating up on Team B in a significant way. Scoring Y points and only allowing Z points must mean that Team A is way better than Team B.” This conclusion is certainly true sometimes but not nearly as often as you’re meant to think.

. It’s a classic and one of its lessons applies to this situation. A great way to lie about statistics, and one that must be used every time one of these runs statistics pops up in a basketball game is selection bias. Selection bias is a great way of lying with statistics. Wikipedia defines it as:

Selection bias refers to the selection of individuals, groups or data for analysis such that proper randomization is not achieved, thereby ensuring that the sample obtained is not representative of the population intended to be analyzed.

In this case, the way that the selection is biased is in its starting point. It’s end point is always the current moment of the basketball game. That’s an essential element of the con — “In the last X minutes…” The starting point is not random though, it’s carefully chosen. I guarantee that the second before the television station chooses to start the period, Team B (the one that seems to be losing terribly) scored a basket. Otherwise, why not extend the period further back? The longer it is, the more impressive it is.

If we assume that Team B scored right before the run started, than every time we see or hear about a run, we should add two (or three) points to Team B’s score. A 9-2 run becomes a 9-4 (or 5) run in our heads. A 7-0 run would more fairly be seen as a 7-2 (or 3) run. The reason why I say to add two or three points is the source of another form of trickery. Single points can be scored in basketball but by far the more common forms of scoring involve either two or three points being scored at once. That means a 9-2 run probably only involves four scores on the part of the team with 9 and one from the team with 2. (There’s lots of other ways this could happen, but this is the most likely. A 4-1 run seems less unlikely and therefore significant than 9-2. Basketball’s scoring system makes runs seem more crazy than they actually are.

The other piece of selection bias is this: the television station only points out a run when it happens. I know, that sounds utterly stupid, but it’s true. We don’t notice when the last 11 points have been split relatively evenly between two teams because no one points out that this has just happened.

I suspect that even if basketball were totally random — by which I mean that you could replace the basketball game in this scenario with someone flipping a coin a couple hundred times and marking down every Heads as a score for Team A and every Tails as a score for Team B — that you would expect to see runs worth noting by a commentator in almost every game. After all, a basketball game has around 140 possessions in college and around 190 in the NBA. If you think of it as 140 or 190 coin flips in a row, doesn’t it seem pretty likely that we’d see at least one run of four or five or six or even seven Heads with only one or two Tails mixed in?

I’m quite sure that there’s a mathematician out there who can help with the statistics in our coin flipping game. How likely are what types of runs in a game of 140-190 coin flips? If we can find that mathematician and pair her with a basketball statistics junkie who can find out what runs show up how often in real games, then we’ll be able to figure out whether the runs in basketball are actually notable or simply sleight of hand used by television producers to keep us glued to our seats. My money is on the magic trick.

Note 1: I use this trick all the time on this blog. I know it’s deceptive, but it is how most sports fans think about games — “this is an important game for my team because they’ve lost six of the last seven (of 82 or 162) regular season games. They need to break the streak!” I even think about games that way when it’s my favorite team involved. Sports fandom is not always or even often rational.

Note 2: The simple way to fix this would be to think about scoring in terms of arbitrary splits — what has the score differential been in the last two minutes or four minutes? This gets rid of one form of selection bias — the starting point — but it would still be vulnerable to the other kind of selection bias where commentator only note the split when it seems unusual.