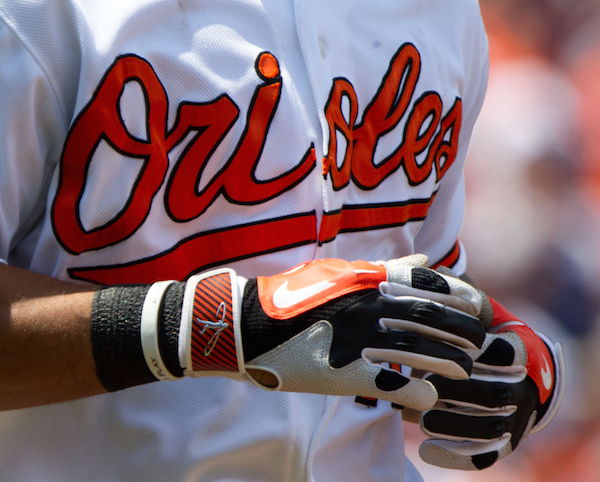 We all live with the nagging fear and sure knowledge that at some point, someone we love will be taken from us. If all goes well and the ideal, natural order of things comes to pass, this means we will lose our grandparents before our parents, and our parents before our children lose us. For many, that order is interrupted violently by disease, misfortune, or violence. Tradition and cultural institutions are a way to cope with loss and serve as both assistants and markers on the road to recovery. Today we have two stories of people who have turned to sport as a form of recovery. Our third story, just as a lighthearted bonus, is something completely different.

by Robert Mays for Grantland

The athlete who overcomes personal tragedy to accomplish great things in his or her sport is by now virtually a cliche. That doesn’t mean it’s not a good story though. People’s lives, situations, and characters are infinitely varied and interesting to learn about. Almost invariably, to learn about someone’s history is to develop a fondness for them. When the NFL draft comes around, I will be rooting for Danny Shelton to land in a good spot. He deserves it.

From the start, it was obvious to [coach Jeff] Choate what he had in the middle of Washington’s defense. In the Huskies’ season opener, a late-August game in Hawaii, [Danny] Shelton played 78 snaps. Even at 339 pounds — a number Choate calls “conservative” — Shelton was on the field for all three downs. He would finish the season with nine sacks, but his presence also created opportunities all over the Washington defense. Like Vince Wilfork — a player to whom Shelton has been compared often in the lead-up to the draft — single-teaming him with a center allows him to control both inside gaps, freeing up linebackers to worry about plays further outside. After the first series in Washington’s 27-26 loss at Arizona, Choate noticed the Wildcats were content to not double-team Shelton at all. Shelton finished the game with nine total tackles, 2.5 tackles for loss, and a sack.

Away from football at Washington, he tried to be more of a Polynesian and a mentor with a 3.7 GPA than an athlete. This fall, he led a First-Year Interest Group on campus, helping mentor incoming students about the difficulties of the transition to college. He’s the first athlete Barker can remember asking to be involved with the program. Early on, when students would ask if he played football, he would lie. “I’d tell them I played tennis,” Shelton says. A few said he should give football a try. He told them he’d think about it.

Still in the Game

While players, coaches, and owners get the spotlight, every professional team has dozens of stage-manager or techie type running around, doing incredible work to support them. These people, like Monica Barlow, who before her death was in charge of media and public relations for the Baltimore Orioles, are every bit as passionate about their teams as the people who wear the uniforms. Once in a very long while, we get a window into what it’s like to live for a team beyond simply being a fan. The view is as fascinating as the story of Monica’s death is heartbreaking.

Sports helps explain relationships. It connects generations, spouses, friends, parents and children. It becomes an expression of love and later a channel for grief. People etch team logos on headstones and sprinkle ashes on sports fields. For someone grieving a loss, a trip to the ballpark might offer a respite, a chance to escape their pain. For others, it’s a time to embrace their loss and feel closer to a loved one. For Barlow, it was everything. Baseball had dictated his routine for so long. Monica was gone, but the game would continue.

by Darren Hartwell for NESN

After those two tear-jerkers, it’s good to cry with laughter for a change. A three minute delay in a hockey game because no one can find the puck… despite knowing that it went into the goalie and never came out? That’s a tear-jerker of a different sort!

Pekka Rinne doesn’t just save pucks. He makes them disappear. The Nashville Predators goaltender was his usual stellar self in Game 4 of his team’s Stanley Cup playoff series against the Chicago Blackhawks. With under six minutes remaining in the first overtime period, however, Rinne took his talents a bit too far.