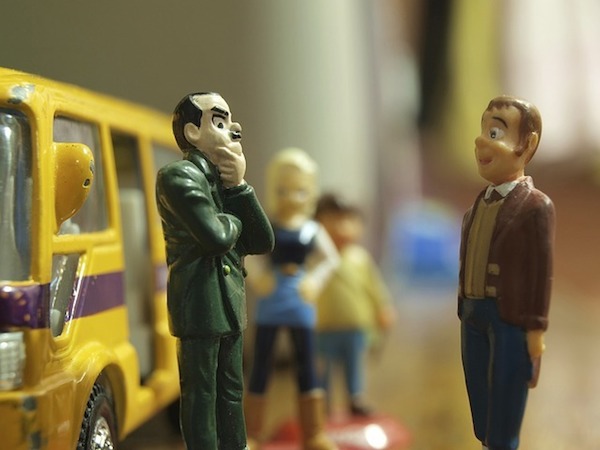 NATIONAL FOOTBALL LEAGUE REVOKES NON-PROFIT STATUS: The National Football League announced yesterday that it was dropping its tax exempt status and would in the future be filing and paying taxes as a for-profit company. While it sounds totally crazy that the league was ever considered a tax-exempt non-profit, it’s actually not, or at least not as much as it seems. What we think of as the NFL is an association of 32 football teams who play within a single structure. Each team is an independent company with its own owner or owners. These teams share equally in all of the money the league makes. The entity that had been considered a tax exempt non-profit was just the central office that helps coordinate and run the league. Now, given the size of the NFL, that’s still a material task that involves lots of money, but you could see how it could be described as non-profit. It’s job is not to make money, it’s to facilitate the making of money. Whether or not you buy that logic, the actual effect of this change will be that the league’s critics will no longer be able to criticize them for this and (and this is important) it will no longer have to file public financials. This means that high-profile NFL officials, NFL Commissioner Roger Goodell, most visibly, will no longer have their salaries made public. So while this seems like a step forward, it may actually be a small step backwards if you believe in transparency and accountability. Read Aaron Gordon in Vice Sports and Ken Belson in the New York Times for more information.

BASEBALL GAME IN BALTIMORE TO BE PLAYED IN EMPTY STADIUM: Major League Baseball announced that today’s game between the Baltimore Orioles and Chicago White Sox will be played but without any fans in the stadium. This follows the postponement of the two previous games scheduled between these teams which were supposed to be on Monday and Tuesday but will instead be played in May. The idea of playing a game with no fans allowed is not a new one, in fact it’s reasonably common in international and European soccer, but in that context it is done as a penalty for fan misbehavior, either violence or racism. In the United States, it’s basically never done. The only times that the New York Times could find were a 1989 basketball game played without fans because of a measles and a 1998 baseball game without fans in order to protect them from a potentially dangerously crumbly stadium. I honestly don’t know what to make of this decision other than that it seems like it will tie the league to the protests in Baltimore more firmly than canceling another game would have. Whether it is viewed as baseball siding with or against the protests, I’m not sure.

National Basketball Association – The Houston Rockets won 103-94 over the Dallas Mavericks. This win ended the series and Dallas’ season. Mavericks fans will be shaking their heads, but that’s nothing new, they’ve been doing that for three straight months now, ever since their team made what turned out to be a disastrous trade to bring Rajon Rondo in from Boston. Rockets fans will have celebrated wildly last night and will now be pretending like winning in the first round is no big deal, they want to win it all. The San Antonio Spurs beat the Los Angeles Clippers 111-107 to take a 3-2 lead in their first round series. People will be talking about a non-controversial but critical goaltending call in the final seconds of the game but what they should be talking about is a vintage performance from all-time great Tim Duncan who led his team in points, rebounds, and steals, despite being 39 years old. The series now returns to San Antonio for Game Six with the Spurs having a chance to end the series on home court.

Major League Baseball – It’s no surprise that in a game featuring two of the best pitchers in the world, there wasn’t much offense. The San Francisco Giants won 2-1 over the Los Angeles Dodgers thanks to a single home run by Buster Posey. That’s how close the margins of victory are likely to be when Giants pitcher Madison Bumgarner faces Dodgers pitcher Clayton Kershaw. The Chicago Cubs continued their great start to the season by beating the Pittsburgh Pirates 6-2. The Cubs scored three runs in the second inning and never looked back. They led, the entire game.

British Premier League Soccer – By losing 1-0 to Hull City, Liverpool really hurt their chances of finishing the year as one of the top four teams in the league and earning a coveted spot in next year’s Champions League. By beating Liverpool 1-0, Hull City significantly aided their own chances of finishing the year above the bottom three teams who get relegated to a lower league. It was a big loss for Liverpool and a big win for Hull City.

Detroit Red Wings at Tampa Bay Lightning, 7:30 p.m. on NBC Sports Network: Thanks to a Tampa Bay victory in Detroit two days ago, the series is tied at 3-3 and hockey fans get to glory in yet another Game Seven. This one should really be no surprise, since the General Manager and architect of the Lightning is a former captain of the Red Wings who spent his entire 21 year career in Detroit. Everything he knows about hockey, he learned in Detroit, and he learned nearly everything. This edition of the Red Wings will have to win a Game Seven on the road without veteran defensive leader, Niklas Kronwall who is suspended after an illegal hit in Game Six. If any team can do it, they can, but it’s gonna be tough.

Brooklyn Nets at Atlanta Hawks, 7 p.m. ET on TNT: There’s a cliche in seven game playoff series that the “series doesn’t start until a road team wins a game.” If this is the case, then despite this being the fifth game of the series, it remains unstarted. The Hawks won the first two games which were in Atlanta and then the Nets won Games Three and Four in Brooklyn. Of the three remaining games, two are in Atlanta, so if this trend continues, the Hawks would advance.

Portland Trail Blazers at Memphis Grizzlies, 9:30 p.m. ET on TNT: The Grizzlies were up three games to zero in this series but lost Game Four, on Monday by a score of 99-92. In most series, the team that won the first three games would view a Game Four loss as just a small bump in the road. The only thing that suggests this might be a big bump is that the Grizzlies lost their starting point guard to a facial injury in Game Three and he’s likely to be out for a long time. Another loss here and Grizzlies fans will begin to get very, very nervous.

Toronto Blue Jays at Boston Red Sox, 6 p.m. ET on regional cable: It’s Game of Thrones season again and it’s hard to resist the lovable Blue Jays pitcher, R. A. Dickey, who uses the fantasy show’s theme song as his walk-up music before batting. He won’t get a chance to bat in this game, since the home team, the Red Sox, play in the American League where the designated hitter (DH) rule is in effect. The DH rule means that pitchers don’t ever need to hit.

ESPN has sued Verizon for testing out a new, partially unbundled approach to television pricing. Verizon was testing a new program where they would allow customers to choose theme based channel packages. Channels like ESPN have an interest in continuing to be bundled with virtually every other channel so that they can benefit from virtually any interest instead of just being purchased by sports fans. I favor bundling philosophically because it forces the majority to subsidize minority content that might not otherwise be profitable and therefore created. I’m curious to see what will happen in this legal battle of heavyweight companies. Retired baseball legend Kirk Gibson who hit one of the most famous home runs in World Series history in 1984 announced that he has Parkinson’s disease. If you’ve ever wanted to look behind the scenes at the NHL, here are two articles to read: the first is from Paul Brownfield of Vice Sports who spent a night watching playoff hockey with the members of the league’s department of player safety; the second, from Sean Leahy of Yahoo’s hockey blog, Puck Daddy, is an ode to the now former home of the New York Islanders, the Nassau Coliseum.