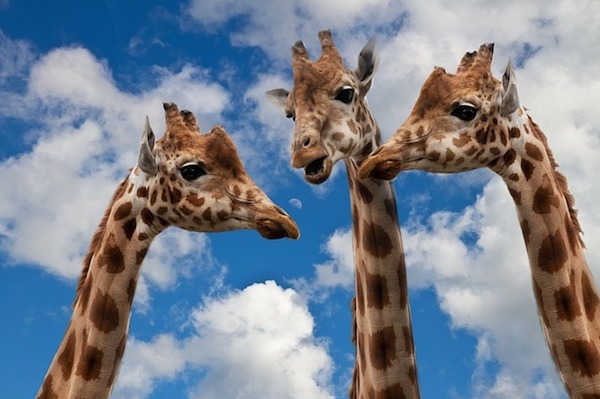 NATIONAL FOOTBALL LEAGUE DRAFT TONIGHT: The National Football League’s premiere offseason event, the NFL draft begins tonight at 8 p.m. ET. The 32 NFL teams in the league take turns choosing players roughly in the reverse order of last year’s standings. Only the first round of the draft takes place tonight, so just the first 32 picks. This year’s draft is marred by the fact that the person who almost definitely will be picked first is almost definitely a rapist. I wrote in great length about this yesterday and the post was quite popular. I wouldn’t say it went viral, but it had a slight sniffle.

BASEBALL GAME IN BALTIMORE PLAYED IN EMPTY STADIUM: Due to the continuing protests in Baltimore, Major League Baseball made the strange decision to go ahead with the game between the Chicago White Sox and Baltimore Orioles but not to invite any fans. This was the first time in the 145 year history of the league that a game had been played with no fans. Whatever MLB’s thought process was in choosing to deal with the situation this way, the spectacle of a game in an empty stadium received a lot of attention. Peter Schmuck of the Baltimore Sun suggested that the game served as notice that things have not returned to normal in the city yet but that life must go on. Fortune.com and Breitbart.com disagreed about the financial implications of the game, with Fortune suggesting that the Orioles “don’t stand to lose much money” and Breitbart arguing that the “surreal ghost town game” was a harbinger of bad economic times to come for businesses in the city. Finally, there were those like Ann Killion of SFGate that suggested the game was “a symptom of damaged society.”

National Basketball Association – The Atlanta Hawks won 107-97 over the Brooklyn Nets. This continues the pattern of the home team in this series winning every game. The Hawks jumped out to an early lead in the first quarter and the Nets were never able to actually catch up, despite many surges that saw them tantalizingly close. The next game, Game Six of the series, will be in Brooklyn on Friday night. The Memphis Grizzlies eliminated the Portland Trail Blazers from the playoffs last night by beating them 99-93. The Trail Blazers season has seemed doomed for the past couple months, ever since an important player on their team blew his Achilles heel. The Grizzlies will now get a few days to rest up and heal their own wounds before the next round.

National Hockey League – The Tampa Bay Lightning eliminated the Detroit Red Wings in a 2-0 game. This result is not surprising. Really only a giant blow-out would have been surprising in a series between such evenly matched teams. With this game, the first round of the NHL playoffs has ended. No rest for the wicked (or the hockey fan) though, the second round starts tonight for teams that won their first round series. The Red Wings enter an offseason of uncertainty, with the possible loss of their long-time coach, Mike Babcock.

Major League Baseball – Boston sports fans do nothing better than freak out, which is why this Red Sox season has been right in their wheel-house. Nothing for them to freak out about today though, after their team handled the Toronto Blue Jays easily, 4-1.

Washington Capitals at New York Rangers, 7:30 p.m. ET on NBC Sports Network: The second round of the playoffs begins tonight with this game. The Capitals are coming off a breakthrough Game Seven victory over the New York Islanders. The Rangers have been waiting around a few days since beating the Pittsburgh Penguins to see who they would play. The Capitals best player is Alexander Ovechkin, the game’s best pure scorer. The Rangers best player is Henrik Lundquist, one of hockey’s best goalies. So, this is set up to be an exciting series.

Calgary Flames at Anaheim Ducks, 10 p.m. ET on NBC Sports Network: The Western Conference gets its first second round game with this matchup. It’s hard to imagine a larger contrast between these two franchises. There’s the obvious things, like Canada vs. the United States, cold weather vs. hot weather, but the teams themselves are also quite oppositional. The Flames are an attractive bunch to casual fans. They’re young, largely unknown, and overachieving. The Ducks have been very, very good for a long time but rarely win. That’s a recipe for casual fan boredom. Let’s pull for the Flames, shall we?

Chicago Bulls at Milwaukee Bucks, 7 p.m. ET on TNT: The Bucks were down 3-0 in this series but have won the last two games to push the Bulls into an uncomfortable Game Six. If the Bulls lose this one, they’ll be stepping into an extremely high pressure situation in Game Seven. No NBA team has ever lost a series once they claimed a 3-0 game lead.

Los Angeles Clippers at San Antonio Spurs, 9:30 p.m. ET on TNT: For the first time, this series, which has been the best series in the first round, could come to an end based on the outcome of a single game. The Clippers travel to San Antonio down 3-2, knowing that a loss will send them packing for the summer. Some teams might be complacent in Game Six, knowing they could lose the game and still win the series, but the Spurs are too wise and well coached to fall into that trap. Expect them to come out firing on all cylinders.

Washington Nationals at New York Mets, 7 p.m. ET on regional cable: This is a true through-the-looking-glass game. The Washington Nationals came into the season with championship hopes (or even expectations) while the Mets fans were hoping their team would just be half-decent. Both teams have defied their expectations. The Nationals have been mediocre at times and terrible at times, while the Mets’ success is the story of the year. Even the pitchers are polar opposites. The Nationals pitcher, Stephen Strasburg was drafted number one overall while the Mets Jacob DeGrom was a ninth round selection.

GoDaddy, the shameless advertising machine that also sells internet domains and related services announced that it would no longer be sponsoring NASCAR. This could mean bad things for the sport or just business as usual. Hard to say. The day after an unfortunate tweet reminiscent of The Godfather’s famous horse’s head scene, the social media manager of the Houston Rockets has been fired. 75% of sports fans will think this is a ridiculously outsized punishment for a minor infringement. If you’re looking for footbally things to say about the NFL draft in addition to the major cultural story covered in our top stories section, I like NJ.com’s idea that the success of the Philadelphia Eagles draft as orchestrated by coach and GM Chip Kelly will be a referendum on combining those two positions. There’s also an excellent article on MMQB by a potential draftee’s mother about what it’s like to be a football mom. To end with a chuckle, read either of these two sports related xkcd comics.