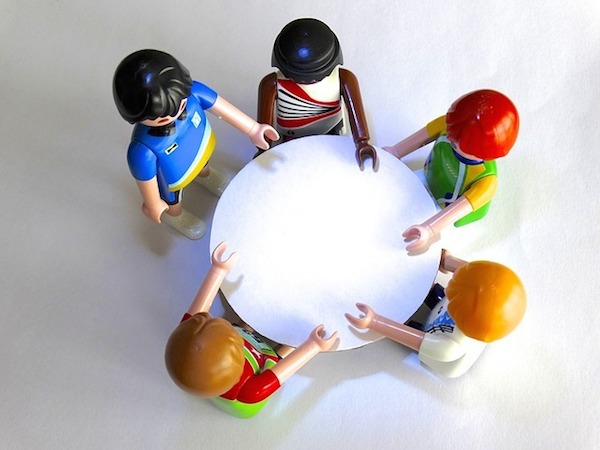 NATIONAL FOOTBALL LEAGUE DRAFT: The biggest story of the first round of this year’s NFL draft was that there wasn’t much of a story. People were expecting all sorts of surprise picks and trades. Really though, nothing all that surprising happened. Jameis Winston was picked first by the Tampa Bay Buccaneers despite having been accused but not charged with sexual assault in an intolerably sloppy and corrupt investigation. The other high profile quarterback, Marcus Mariota was picked by the team with the second pick of the draft, the Tennessee Titans although there are still faint rumors that he could be moved to the Philadelphia Eagles to be reunited with his college coach Chip Kelly before the season. Football fans will pretend not to be upset about everything happening so mundanely, but deep down, they’ll be disappointed.

OKLAHOMA CITY THUNDER HIRE BILLY DONOVAN: The Oklahoma City Thunder are one of the most high profile teams in the NBA, thanks to the prodigious talent of their two stars, Kevin Durant and Russell Westbrook. They were certainly the most high profile team with a job opening at head coach. Last night they announced that they would be bringing in one of the top ten most high profile college head coaches, Billy Donovan to be their new coach. In retrospect, this seems like an obvious move. Donovan has been very high profile himself, winning two straight national championships in 2006 and 2007, but his teams have struggled recently an his school remains one where football is more important than basketball.

National Basketball Association – Well, I guess the Chicago Bulls really didn’t want to be the first NBA team to ever lose a series which they started by winning the first three games. As if to make a point, they won Game Six against the Milwaukee Bucks 120-66. That’s not a typo. So long Bucks, say the Bulls, who are on to play the Cleveland Cavaliers in the second round. Power forward Blake Griffin was virtually unstoppable last night, scoring 26 points and powering his Los Angeles Clippers to a 102-96 win over the San Antonio Spurs. That puts the series even at three games apiece and sends it back to Los Angeles for the deciding seventh game. Whether a basketball fan favors the Spurs or the Clippers, she will probably agree with you if you say that it’s a shame either of these teams will get eliminated in the first round.

National Hockey League – Everyone, and I mean, everyone — fans, coaches, announcers, the people selling popcorn and beer, even the players — thought the game between the Washington Capitals and New York Rangers was going to overtime tied one to one. Everyone, that is, except for Alexander Ovechkin who passed the puck to Capitals teammate Joel Ward who scored with 1.3 seconds left in the game. That was the dramatic end to the Capitals 2-1 win. In the first game of their second round series, the Anaheim Ducks absolutely clobbered the Calgary Flames 6-1. That type of score is rare in hockey, especially in the playoffs. People will tend to say that there’s no carryover from game to game — that the second game’s result won’t be affected at all by how Game One went but I always have a sneaking suspicion that I’d rather have my team lose 6-1 than 3-2 in overtime. Losing big is a calamity but it’s not nearly as angsty as losing on a bad bounce, call, or play in a close game.

Major League Baseball – The Washington Nationals unlikely comeback win against the Atlanta Braves on Tuesday seems to have rattled something loose in the team’s psyche. Since then, they’ve been scoring a lot and not letting up very many runs. Tonight they beat the New York Mets 8-2.

Tampa Bay Lightning at Montreal Canadiens, 7:00 p.m. ET on NBC Sports Network: The Lightning are still basically catching their breath from beating Detroit in Game Seven of their series two nights ago. The Canadiens have been breathing sighs of relief for a few days after first going up three games to zero and then losing two games in a row against the Ottawa Senators before finally winning in Game Six. Everything resets in the second round though, so we’ll see what happens.

Minnesota Wild at Chicago Blackhawks, 9:30 p.m. ET on NBC Sports Network: Whoever said that nothing breeds contempt like familiarity had never watched hockey. They were on to something though, because there’s truly nothing like the contempt built up by familiarity in hockey. This is the third straight year that these two teams from the Central division have played each other in the playoffs. Expect the blood to begin boiling by the second period of this game and not stop until one of the teams is eliminated.

Atlanta Hawks at Brooklyn Nets, 8 p.m. ET on ESPN: This is Game Six of the seven game series between the Hawks and the Nets and still no one has won a game on the other team’s home court. Brooklyn will need to keep that streak running or else they will be eliminated from the playoffs. With two or three of their key players suffering from nagging injuries, the Hawks will be determined to end the series tonight and earn themselves a few days of rest instead of playing another game on Sunday.

USA vs. Finland, 10:15 a.m. ET on NBC Sports Network: Huh? What’s this? International hockey? Aren’t the NHL playoffs going on? They are, but so is the International Ice Hockey Federation’s (IIHF) World Championship in Prague. This hockey won’t be as good as the Olympics or the Stanley Cup but it won’t be bad by any means. Many of the best players from eliminated professional teams have made their way over to Europe to play for their countries. The United States team should be favored in this game, but not by much. Finland is a surprisingly powerful international men’s ice hockey force.

Read Aaron Gordon‘s illuminating article in Vice Sports about how ESPN’s seemingly biggest failure ever is actually the foundation for their domination of the sports mobile space. Browse around Ken Belson’s New York Times survey of the 1990 NFL draft class and marvel at the wide range of life outcomes even among NFL first round draftees. Talking about retired NFL players, I loved learning about former Pittsburgh Steelers running back Rocky Bleier from Sam Gardner’s Fox Sports article. Bleier was an active NFL player before he was drafted into the Army. Sent to Vietnam, Bleir was shot and wounded by a grenade in a single incident. After returning home, the Steelers kept him on an Injured Reserve as a courtesy, never expecting him to make it back to the league. He did. Great story. Travel from real guns to circus cannons in this fascinating article about human cannonballs by Robbie Gonzalez on io9. Take a deep breath and then plug your bithdate into Reuben Fischer-Baum’s interactive “How many pro athletes are younger than you” tool on Deadspin.