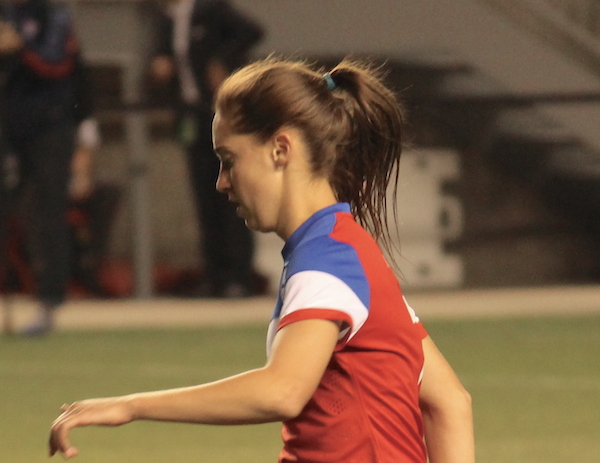 National team experience: 27 appearances, this will be her first World Cup, has scored four international goals

What to expect from Morgan Brian: At 22, Brian is the youngest player on the United States team. She played college soccer at the University of Virginia and won the Hermann trophy, given to the best college soccer player, in each of the last two years. She was the number one pick in this year’s National Women’s Soccer League draft. In short, she’s a rising star. One of the most interesting things about the biggest competitions in the world, like the Olympics and the World Cup, happening only once every four years, is how players react when the tournament catches them at an awkward stage in their career. If the World Cup were played in 2017, Morgan Brian would probably be the driving force of the U.S team. As it is, she’s being asked to fit in with more established players in a midfield stuffed with talent. Even so, Brian has managed to put her mark on the team. She’s played in every game so far this year and started all of the meaningful ones. Although she was a prolific scorer in college, in the context of the national team, she’s played a more defensive or holding midfield position. It’s not a natural fit for someone of her size (5’7″ but so slight that her college teammates nicknamed her, “Plankton”) but she’s more than held her own. When you watch the team, you probably won’t notice Brian, but she’s an essential part of the glue that connects defense to offense and makes sure nothing slips through.

Video: As you can see from these highlights, Brian stands out as clearly the best player on the field when facing college competition.

Non-gendered personal interest item: Nothing that I can find. This is a well coached young player who answers questions about how she gets an edge on her opponent by saying “to always work hard and bring the intangibles.” Sorry! She’s great at soccer and that’s about it, so far.

Links: Read about Brian in an Equalizer Soccer article by Ray Curren and an ESPNW article by Graham Hayes. Check out her US Soccer page and follow her on Twitter.