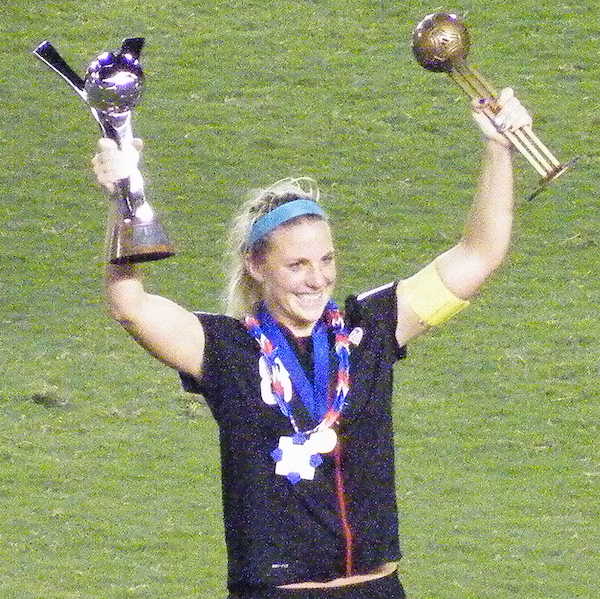 National team experience: 10 appearances, this will be her first World Cup, and she has 3 international goals.

What to expect from Julie Johnston: Going into a World Cup with an inexperienced central defender is something that would usually strike fear into even the most optimistic soccer fans. Julie Johnston is the exception to that rule. Despite being 23 and having only played ten games with the senior national team, Johnston has played so confidently and well this spring, that her presence on the field has the opposite affect. She’s a calming and confidence inspiring presence for teammates and fans. The United States often dominates games and so Johnston’s main job from her central defensive position is to organize, play passes up to the midfielders, and stay vigilant against any budding counter-attacks. When the team faces tougher competition, as it will during the World Cup, it will be interesting to see if Johnston will be able to remain as physically dominant and mentally prepared as she has so far in her career. If she does, there’s no reason to think she won’t play every minute of the World Cup for team USA. Talking about careers, three goals for a central defender is a reasonable career total for some who play the position, but Johnston has already reached that number in only ten games. Watch for her leaping, aerial runs to the near post on corner kicks and free kicks. That’s where she’s done all her scoring so far.

Video: One of three goals that Johnston has scored for the national team, all off Lauren Holiday set pieces.

Non-gendered personal interest item: Johnston led the U.S. Under-20 year-old national team to a championship in the 2012 U-20 World Cup. During that tournament, she played central defender, the same role she’ll play this year at the senior level, and captained the team. If Johnston helps the team capture what’s been an incredibly elusive World Cup victory, would anyone be surprised if four or eight years from now, Johnston was captain of the senior team and a fixture at the back?

Links: Read about Johnston in this Fox Sports article by Laura Vecsey. Check out her US Soccer page and follow her on Twitter.