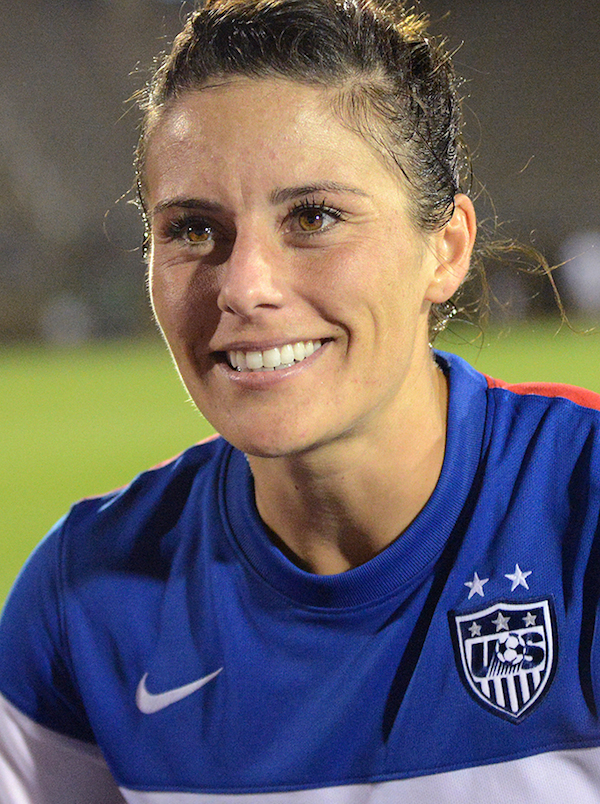 National team experience: 65 appearances, this will be her second World Cup, and she has 1 international goal.

What to expect from Ali Krieger: At 30 years old and going into her second World Cup, Ali Krieger should be a constant veteran presence on the back line for the United States. Four years ago, she played every minute of the World Cup in Germany and scored the final goal in the team’s shoot-out victory over Brazil to advance to the semifinals. The only fly in the ointment for Krieger has been injuries. She has had bad luck when it comes to the timing and severity of injuries throughout her career. In college, she broke her leg days before the NCAA tournament her Junior year. In 2012 she tore her ACL and MCL and was forced to miss the Olympics. Fans of her feared a repeat when she suffered a concussion in a NWSL game a month ago. She returned to play May 17 in the U.S. women’s national team’s second to last friendly before the World Cup. If all goes well, Krieger will play every minute of this World Cup, holding down the right side of the U.S. defense with confident, consistent play. She’s not quite as offense minded as her counterpart over on the left side of the field, Meghan Klingenberg, but that’s okay, the team has plenty of offensive weapons.

Video: It’s really a shame that people don’t create highlight videos from solid defensive plays. This is Ali Krieger’s one goal and also the one highlight (other than getting injured) I can find for her on YouTube.

Non-gendered personal interest item: One sure sign of gender equality in sports is when injuries suffered by female athletes are as written, talked, and obsessed about as men’s. Krieger’s latest concussion is evidence that we’re approaching that. Howard Megdal used it as an example of the difficult decisions athletes and teams are forced to make about head injuries in the New York Times, and Fox Sports‘ Laura Vecsey covered her decision to wear a custom-build protective headband.