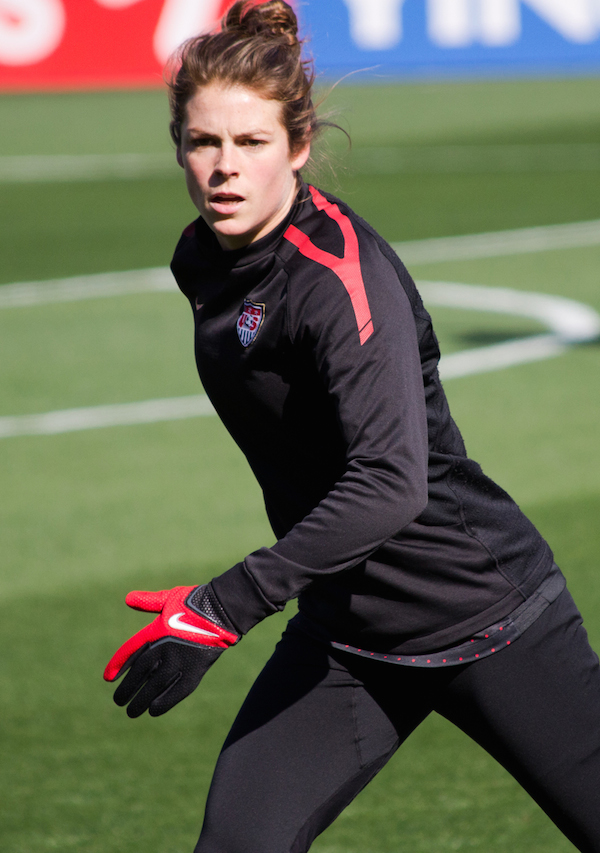 National team experience: 59 appearances, this will be her second World Cup, and she has 0 international goals.

What to expect from Kelly O’Hara: One of the things you might have noticed as you’ve been reading our U.S. Women’s national soccer team player profiles is how many of the players began as strikers in high school and college and then shifted to a midfield or defensive role on the national team. O’Hara both fits this trend and doesn’t fit this trend. She was one of, if not the best, attacking player in her year in college. Her senior year at Stanford, she scored 26 goals and won the coveted Hermann trophy as the best soccer player in the nation. At the international level, she played striker as well. On the U.S. Under-twenty team she scored 25 goals in 35 appearances. When she was called up to the senior team, it was as a striker. Then in 2012, an injury to Ali Krieger left the team without a good option for an outside defensive role. The team turned to O’Hara and she did not disappoint. She played every minute of the 2012 Olympics as an outside defender and helped the team win the gold medal. Despite this success, she continues to play striker on her professional team. All this versatility is impressive, but I wonder if it has done her a disservice. It’s hard to be the best at any one thing when you’re asked to do so many different things. Coming into this year’s World Cup, O’Hara has been unable to grab a starting position in any position. She’s played as a wing-defensive sub and also as a reserve midfielder. It’s comforting to have such a versatile substitute on the bench, ready to step in wherever she’s needed, but you have to ask yourself what could have been if she had been able to play one position for her whole career.

Video: I hesitate to choose a video that features a player fouling opponents twice and then getting a yellow card but it does show the physical play that has allowed O’Hara to transition to a defensive role.

Links: Read an interview of O’Hara by Eight by Eight’s Andrew Helms or listen to a Men in Blazers podcast with her. Check out her US Soccer page and follow her on Twitter.