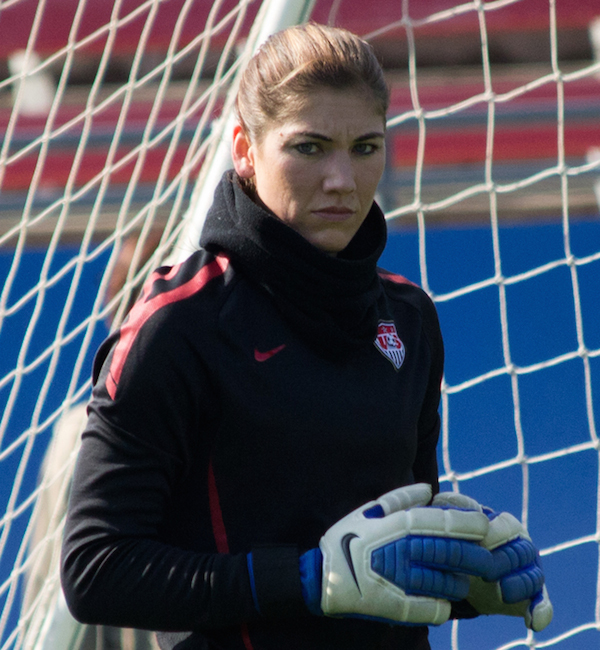 National team experience: 170 appearances, this will be her third World Cup, and she has 83 international shutouts.

What to expect from Hope Solo: Hope Solo enters this World Cup as the best goalie in the world. This is an honorary she’s used to having. She’s been considered the best for at least the last seven years. Solo’s greatness is not obvious during most games. Part of the reason for this is that the U.S. team’s defense as a whole is so strong that she often doesn’t have a lot to do. That’s just a small contributing factor though. Largely her greatness is subtle because she understands the game so well. This means she’s virtually always in the right position. She knows how to use geometry to cut down on the available space an offensive player has to shoot at. When a shot is on the way towards her, she reads it and sets herself up to make the save with as much efficiency as possible. There’s very little wasted movement in her saves. She does have supreme physical abilities and reaction times, so she can wait to leap longer than most goalies. Almost uniquely among all the soccer goalies I’ve seen, Solo seems like she focuses not just on making the save but also on where she is going to direct the ball if she can’t catch it. Solo will play every game for the United States and the team should be able to rely on her to make all the saves she should be expected to make and most of them that she shouldn’t.

Video: Watch how relaxed Solo looks during this whole collection of highlights. Only once do I think she looks like she has to scramble and that’s when a shot deflects off a defender.

Non-gendered personal interest item: Hope Solo has had a long and sometimes sordid history as a celebrity. Perhaps her lowest point was this past fall when she was being compared to Ray Rice because of an assault charge she picked up after a physical altercation with her sister and nephew. By no means is Solo free from guilt about this and other infractions but that comparison was unfair. Ta-Nehisi Coates explained the falseness of the comparison better than I ever could in his article in The Atlantic.

Links: Check out Solo’s US Soccer page and follow her on Twitter. She also has a website on which she just wrote a beautiful birthday tribute to teammate Abby Wambach which I strongly recommend.