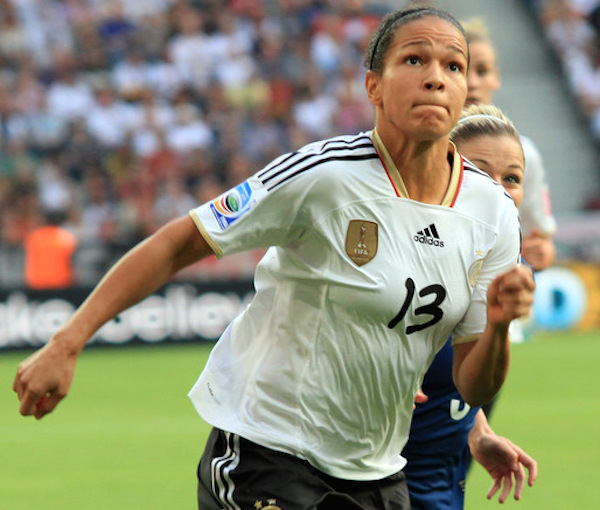 To many American sports fans, just having a game between the two losers of the semifinal matches in a tournament feels un-American. Add to that, the fact that the game will be on July 4? You’ve got all the ingredients for a grumbly soccer denying fan base. Ignore the grumbles! As I’ve written before, Third Place games are often among the best of the tournament. There are lots of legitimate reasons to watch the Third Place game of the 2015 World Cup between Germany and England at 4 p.m., Saturday, July 4 on Fox.

Both teams in this game are sorely disappointed that they are not playing in tomorrow’s final. Germany was ranked 1st by FIFA coming into the tournament and had every reason to expect they would make the final. Although no one has come out and said it, I suspect that within the privacy of their locker room, they believe that if they hadn’t been tired and beaten up by their 120 minute battle against France in the quarterfinals, they could have beaten the United States in the semis. If you had asked England before the tournament if they would be happy to be playing for third place, they would probably have said they’d be thrilled. Before this year, England had never been past the quarterfinals in any World Cup. To win two games in the Knockout round, and be one step away from playing for the championship should be a triumph for England, but the way they lost the semis, makes them an even more disappointed team than the Germans. England was tied 1-1 with Japan and only seconds away from sending the game to overtime when a dangerous cross was mishandled by defender Laura Basset who sent the ball into her own net. It was one of the most devastating ways for any team to lose a game, much less a shot at the World Cup championship. As a neutral observer, it was only slightly ameliorated by the sense that England’s sole goal in the game had come from a penalty kick earned by a ridiculous dive in the box. England losing that game would have been karmic justice. Losing in that way was cruel and unusual.

Mark Sampson – England’s coach, Mark Sampson, is a man on the move. His rise from head coach of a non-affiliated women’s professional team in England to head coach of the national team can only be described as meteoric. He was not around for the 2012 game between these teams but you can bet he’s acutely aware of it and has been using it to motivate his team to victory today.

Laura Bassett – She became a household name in the worst way imaginable last game. In her first interview since the own-goal, Bassett said she would “prefer that no one knew [her] name.” It sounds tragic and it feels that way too but it’s worth noting that this is basically the way all defenders feel. Better to do your job and be invisible than mess up and become infamous. Bassett will be starting in this game, which shows real strength and courage.

Celia Sasic – A dual citizen of France and Germany, with Cameroonian heritage and married to a Czech soccer player, Sasic is every bit as international as the World Cup itself. She’s the leader of the German attack and the top goal scorer of the World Cup with six goals in six matches. Her only threat to leaving the tournament as its top scorer is teammate Anja Mittag.

Anja Mittag – Anja Mittag is the perfect complement for Sasic up front. More of a poacher than a playmaker, a finisher than a passer, Mittag benefits from getting a tiny bit less focus from defenders, which may be more than enough for her to catch her teammate Sasic.

Germany has never lost to England, with 18 wins and two ties in 20 games. They are clearly the better team but they’re also more disappointed and less motivated. Germany came here to win the World Cup. How much passion will they have for winning third place? England came here to place well and they have. Plus, they’ll have ten players on the field willing to run themselves into the ground to support their teammate, Laura Basset, who’s just had the worst week an athlete can ever have. England wins, 3-2.