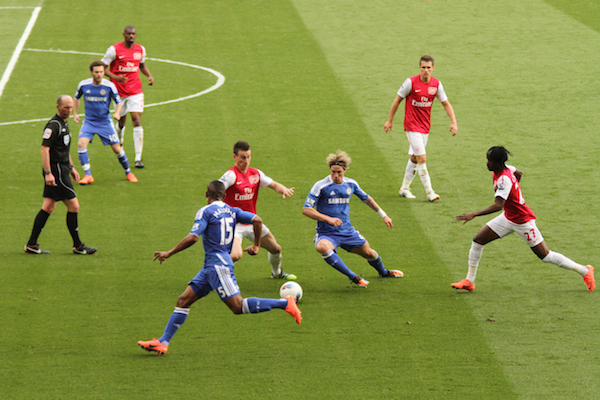 Ok, so I downloaded the app FotMob and being a newbie to soccer (thanks to Fancred), I have a few questions. What are all the different leagues in the U.S.? I thought I would start out following those and the World Cup stuff when it comes around. Just trying to figure out what all is going on. Would take any suggestions on who else to follow. What leagues and people should I follow as a new soccer fan?

Congratulations on getting into soccer! Learning any new sport can be a fun and intellectually stimulating experience. As you learn the new sport, it subtly changes the way you think about sports you already understand well and even other aspects of your life. You may even find yourself having eureka moments about something at work or with a relationship and be able to trace it back to something you thought of while learning soccer. Long story short, learning about anything sparks learning about everything. If you haven’t already explored them, we offer a few easy email courses on soccer: Soccer 101, Soccer 201: Positions and Logistics, and Soccer 202: Culture.

It’s a particularly interesting time to become a new soccer fan. Thanks to this year’s women’s World Cup and last year’s men’s World Cup, both of which were conveniently located for U.S. soccer fans, there’s a tremendous amount of excitement about soccer. Unfortunately, it will be another three years until the next men’s World Cup and four until the next women’s. That’s a shame because, especially for the non-totally-hard-core soccer fan, the World Cup is the ultimate competition. Luckily, the alternatives are plentiful and exciting in their own right:

As you can tell, there’s always something to follow in the world of soccer! Apps like FotMob, which provide news and schedules for virtually every league and competition in the world are great resources to have. Twitter is another great resource for following soccer. I would start by following Grant Wahl, a leading U.S. soccer reporter who works for Sports Illustrated. He maintains lists of other people in the soccer world to follow for breaking news, as well as the men’s and women’s World Cup. Poke around in his lists and you’ll find some great soccer people.

Thanks and good luck,
Ezra Fischer