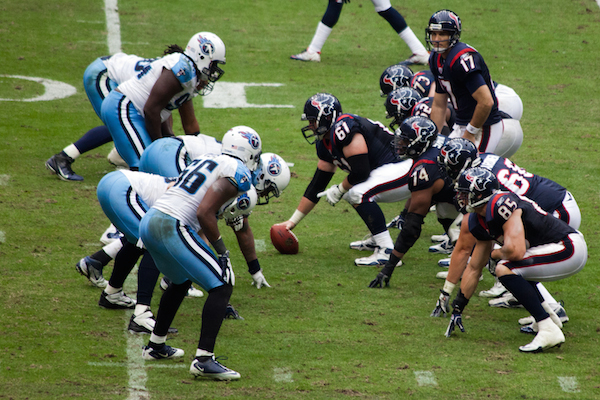 The Houston Texans are a classic expansion franchise. Having to create a team from scratch while all your opponents are building off of foundations (albeit ones of differing strengths) is difficult. It took the Texans eight tries to finally win more than they lost during a regular season. They did that for the first time in 2009. In 2011 they won their division for the first time and even won a game in the playoffs before being eliminated. They repeated that feat in 2012 but were not able to sustain the success after that. These days the Texans have hope but not assurance that they’ll succeed.

Who are some notable players or figures from the Houston Texans?

J.J. Watt is the most dominant defensive player in the NFL and he plays for the Houston Texans. 6’5″ and almost 300 pounds with freakishly long arms and giant hands, Watt is an intimidating presence on the defensive line for the Texans. He was drafted 11th overall by the Texans in 2011 and has won NFL defensive player of the year twice in his four years of play. His dominance is so profound, he makes it seem like the Texans have an extra player on the field when he is playing.

Where do the Houston Texans play?

Imagine you’re about to go on a blind date and all you know about the person is that he or she is a Houston Texans fan. Here’s what you can guess about that person. Remember that all fans are unique. We bear no responsibility for any misunderstandings we engender. Trust but verify.

Your date is future oriented and very good at imagining a time when things will be, not just better, but actually good. Give them a little to work with, and they’ll be creating images in their mind of a white picket fence, 2.3 children, and a golden retriever.

What will make a Houston Texans fan squirm?

The best would be for you to live in or around Houston and tell them you’re a Dallas Cowboys or Indianapolis Colts fan but you’ll “switch to the Texans once they get good.”

Coming soon — a post about the 2015 Houston Texans including an overview of their most interesting characters as well as what fans expect from the team this year.