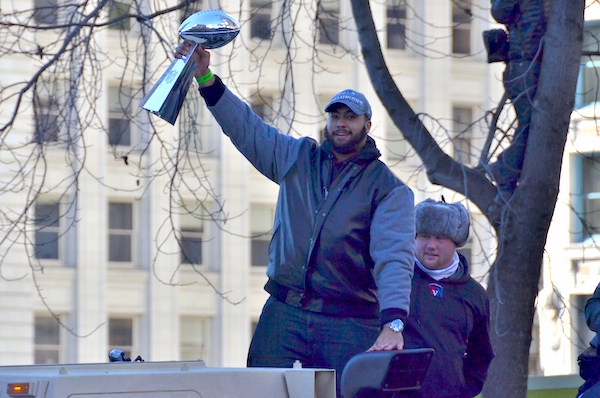 Is it true there will be a rematch of a prior Super Bowl every week this season?

Not quite every week, but there are a surprising number of them. In all, there are 19 Super Bowl rematches this season, but not every week has one. The large number of rematches is no coincidence, it’s part of the NFL’s promotional campaign to promote this year’s Super Bowl, the league’s 50th. The exact number of the Super Bowl is always a little confusing. For one thing, the league insists on labeling the game with Roman Numerals instead of numbers. Since most of us were not educated in late 19th century elite prep schools, a number like XLVIII (48) is not intuitively obvious. This year, for the 50th, they are going with the number “50” and not just “L”. For a second level of obfuscation, the Super Bowl for each calendar-year season occurs in the next calendar year. When I was writing a series of posts describing what was special about each NFL team, I was never sure whether to refer to a Super Bowl by the year it was in or the year of the regular season it crowned the champion of. Lastly, the numbering is tricky because it’s hard to remember when the first Super Bowl was.

The NFL is much older than 50 years. It’s first year of competition was in 1920, and by 1930, five of today’s teams: the Chicago Bears, Arizona Cardinals, Green Bay Packers, New York Giants, and Detroit Lions were in existence. The reason why the Super Bowl is not 95 years old instead of 50, is that it began specifically as an end-of-season competition between the NFL and a competing league, the American Football League. The American Football League was founded in 1959 and began play in 1960 in direct competition to the NFL. By 1970, the two leagues had merged. So, if you count back 49 from 2016, you should get one of those years – 1960 or 1970 – right? Nope – you get 1967, a year that hasn’t popped up in conversation yet. Why? The NFL and AFL actually agreed on and announced their merger in 1966, it just took four years for them to merge the operations of the leagues and begin playing as one. The one major element of merging that they decided to act on immediately was the creation of what they called the “AFL-NFL World Championship Game“. It wasn’t until the third such game, in 1969 that the game became known as the Super Bowl.

Celebrating past Super Bowls by inserting rematches into this year’s schedule is a nice idea (although it must have been a tricky scheduling feat). Here, taken directly from the Super Bowl 50 website, with my links, are the games: