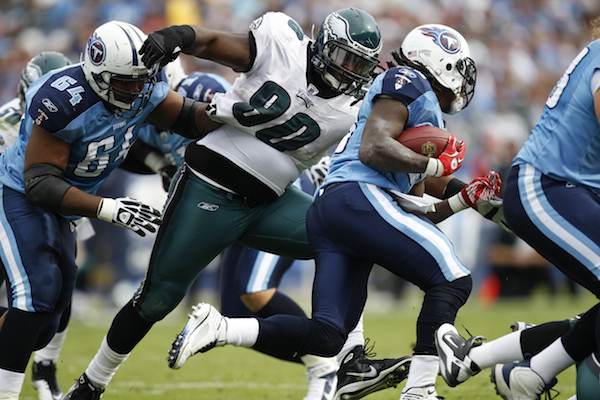 Thanks,
Fred (who isn’t me just lobbing a question back at myself. No, really)

No. You should not play daily fantasy sports (DFS).

Daily fantasy sports are a hot topic these days. If you watched football at all during the first weekend of the NFL season, you were inundated by ads for the two major daily fantasy sports companies, DraftKings and FanDuel. The two spent more than $27 million combined on television advertising during that period! In the days following that media blitz, there’s been a quick backlash against the industry. This wave was led by Joshua Brustein and Ira Boudway of Bloomberg Business, whose article, You Aren’t Good Enough to Win Money Playing Daily Fantasy Football described a landscape full of predatory professional gamblers armed with advanced statistics and personally designed spreadsheets. Their well researched and convincing argument was picked up by a horde of other newspapers and blogs, all quick to jump on the bandwagon and point out to their readers that they shouldn’t play daily fantasy sports because they won’t win. It was an important article, because it pierced through the advertising campaigns that suggest easy money is just around the corner. But, with apologies to Brustein and Boudway and the many people who agree with them, they are missing the point when it comes to deciding whether or not you should play. Gambling can be fun, as long as you don’t risk more than you can afford to lose. Long odds are not a sufficient argument against daily fantasy sports. The reason why you shouldn’t play daily fantasy sports isn’t because you’re almost certain to lose money, it’s because it’s not fun.

So yes, you shouldn’t play fantasy sports because it’s a money pit, but so is taking up ice hockey, owning a boat, or having kids. At least those three things are fun!