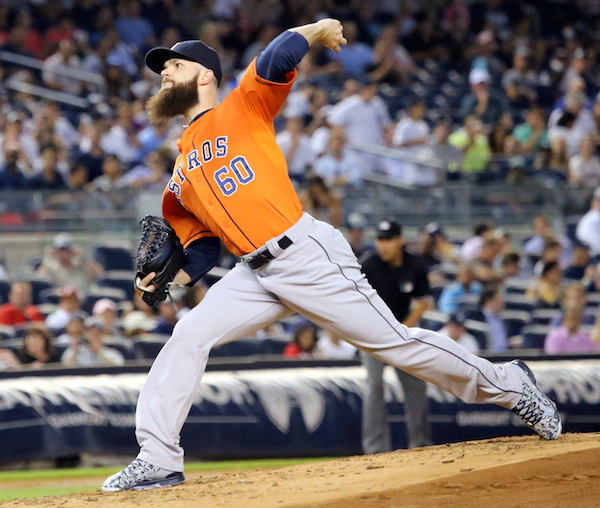 Major League Baseball’s Wild Card Game is a unique way to start the playoffs. This year’s two games, the New York Yankees vs. the Houston Astros in the American League and the Chicago Cubs vs. the Pittsburgh Pirates in the National League, clearly represent what is good and what is evil about the Wild Card Game. The Yankees vs. Astros game has everything that’s good about the game, while the Cubs vs. Pirates game is everything that’s evil. I’ll explain what I mean by this, but first, here’s a quick reminder of how the playoffs are constructed and what the Wild Card Game is.

There are 30 Major League Baseball (MLB) teams. These teams are broken up into two conferences of 15 teams each, the American League (AL) and National League (NL), and three divisions of five teams each. After 162 regular season games, the team with the best record within each division is declared the division winner (said to have “won the pennant”) and automatically qualifies for the playoffs. Since the goal of the playoffs is to end up with the best team from the NL playing against the best team from the AL, three teams from each league is an awkward number to have. Four would be better, because then you could have two teams play each other, and then the winner of each of those matchups play to end up with a single team. The simple way to get from three teams to four is to add a single extra team, called a Wild Card, by selecting the team with the best record in the conference that isn’t a division winner. That’s how baseball did it from 1994 to 2011. In 2012 they added a fifth team — a second Wild Card team — by selecting the team with the second best record in the conference that isn’t a division winner. Since five is also an awkward number of teams, the playoffs are designed to quickly get back down to four. The two Wild Card teams in each league play a single elimination game to decide which of them gets to be the fourth team and play a seven game series against one of the three division winners. (If you want more detail, read my full post on how the MLB playoffs work.)

The Wild Card Game is at its best when it’s between two teams like the New York Yankees and Houston Astros. The Yankees are the winningest team in baseball history. They have won 27 World Series, a whopping 16 more than the next best team. Although they are only second in the league in payroll this year, they’re famous and infamous for spending more money on players than any other team can afford or would want to afford. They’re the bullies of the league, the royalty — Darth Vadar and his army of clones. They were the first Wild Card team and would have been the only one had the system still only taken one. Playing them are the Houston Astros. The Astros are almost the complete opposite of the Yankees. They’ve been playing in MLB since 1962 and have never won a World Series. They haven’t even made the playoffs in the past decade. They have the sixth lowest payroll in the league. As a very casual baseball fan, I literally cannot name a single player on their team. They are a surprise, a heart-warming story. The Wild Card game gives the Astros a chance when they wouldn’t have had one otherwise. It creates a wonderful and dramatic spectacle. And it provides a clear rooting interest for all non-partisan fans. Why wouldn’t you want to see the Astros knock off the Yankees and stride into the playoffs? Watching this game is all upside – if the Astros win, it will be glorious; if the Yankees win, then giving the Astros an extra game didn’t cause anyone any harm. This Wild Card game is all about opportunity.

The NL Wild Card Game between the Cubs and Pirates is bad in all the ways the AL game is good. The Cubs and Pirates are both teams that are easy for unaffiliated fans to root for. The Cubs famously have not won the World Series since 1908, the longest streak of bad fortune in the league. What you might not know is that they’ve actually played in the World Series and lost seven times since then! The Pirates have won it more recently, in 1979, but haven’t been back since. Both teams are chock-full of young, talented, exciting players, like Andrew McCutchen on the Pirates and rookie phenom Kris Bryant on the Cubs. Both teams have strong-fan bases who have stuck with them through the fallow years. There are lots of reasons for neutral fans to want both teams to advance, so while this game may actually be a better baseball game than the Yankees vs. Astros, it’s far, far more insidious. There’s simply no way you’re going to watch this game and leave without your dominant feeling being one of sadness for the eliminated team. This Wild Card Game doesn’t feel like it’s about opportunity. It feels like it’s a cruel trick to play on teams that have worked so hard during a long, grueling season.

What’s the solution? A third Wild Card team? A three game Wild Card mini-series? I’m not sure. My short term-solution is to watch the AL Wild Card Game and root for the Astros but ignore the NL Wild Card Game entirely. Just tell me which team advanced and which team got screwed. As intriguing as I find both NL teams, the inevitable heartbreak is not worth the investment.