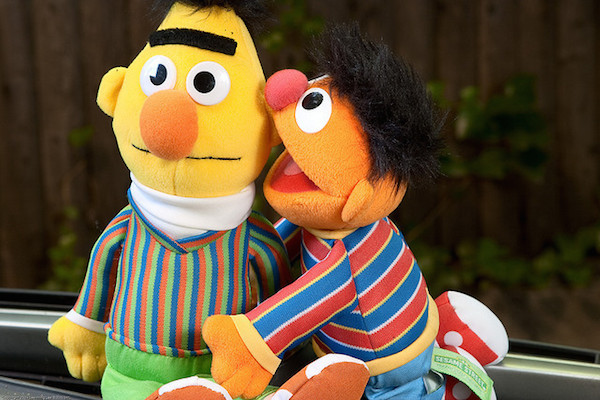 Every week, we rank the NFL games based on a number of factors to come up with a proprietary, totally un-trademarked Watchability Rating and publish them on our NFL forecast page. This post takes the quantitative and marries it to my qualitative thoughts about each game. To help you figure out what games you get in your area, check out 506 Sports NFL. If you need help figuring out how to make sense out of what you see there, use my explanation of how to use 506 Sports NFL here.

Sometimes fortune smiles on the people who scheduled all the NFL games months ago. They couldn’t have known, when they put these two teams in a prime-time, nationally televised game, that they’d both be undefeated entering the game. It’s a rare treat to have a matchup of two undefeated teams as late as the eighth week of the season. Both teams have overcome challenges to get this far without losing. The Denver Broncos have been winning despite once legendary quarterback Peyton Manning’s predictable but still shocking poor play. At 39, it looks like age and injury have finally caught up with him. Luckily, the team’s defense has been good enough to cover for him, so far. On the Green Bay side, quarterback Aaron Rodgers is still in the prime of his career, but he’s been playing all year without his favorite target, wide receiver Jordy Nelson, who is out for the season with a knee injury.

There’s a big jump between the interest of the top two games, both over 5 on our watchability scale, and the next group which starts with this game. The first two games basically don’t have any flaws. This one has a big flaw in the form of the 49ers. The 49ers aren’t completely collapsing this year, but they are stumbling around like a drunk person who seems about to fall at any moment. What lifts this game is the opportunity for the Rams to continue their push toward the playoffs. It’s almost too early to start talking about playoffs, but the Rams look like a team with a shot of making it as a wild card. If they don’t want that image to become a mirage, like it has in so many recent years for the Rams, they need to win the games they should win, like this one.

There’s a severe power outage in this game. The Titans are 1-5 on the year. The Texans 2-5. But believe it or not, if the Texans win this game and the Indianapolis Colts lose theirs, they would be in a tie for the division lead. The AFC South division is so bad this year, that the Titans are probably not out of it either. Setting that aside, there are very few rational reasons to watch this game. It’s probably a signal that I should raise the impact of “combined power” on the watchability rating and lower the impact of the “in division” and “rivalry” factors.

Both of these teams started the year out horribly, the Giants with two losses and the Saints with three. Both have righted the ship to some extent. The Giants are 4-3 and in first place in their division. The Saints are coming off two straight wins against the Falcons and Colts. Fans of both teams are starting to believe again. One set of fans will be sorely disappointed after this game. As a tiny extra added piece of local interest, Giants quarterback Eli Manning’s father was the starting quarterback of the Saints while Eli was a child.

This game is like a miniature version of the Bengals vs. Steelers game from above. The Bears and Vikings are long-time divisional opponents and rivals. The Bears usually have the upper hand but the Vikings have the better record this year. The Vikings should win this game, but it’s possible that the Bears have enough muscle memory left from having dominated the Vikings for so long, that they’ll be able to keep this game close and maybe even win it.

It’s hard to believe this game didn’t make it to a Big Screen rating. Blame the poor play of the Colts so far this year for missing that hundredth of a rating point. Football fans, fantasy players especially, keep waiting for Colts quarterback Andrew Luck to turn things around and start playing up to his potential this year. At a certain point though, it may be time to admit that the players around him are simply not good enough to let him shine. Panthers quarterback Cam Newton has no such problem. His mostly unheralded teammates have all been playing above their expected level this year — a big part of why the team is undefeated.

I’m actually surprised this game did not get a higher ranking. I suspect that it will outperform it’s ranking. Certainly in the late-afternoon time slot, when there are so many fewer options, it’s worthy of consideration. The Jets were 4-12 last year, the Raiders, 3-13 but after only six games so far this year, both teams have already equalled their wins totals from last year. The Jets are 4-2 and the Raiders are 3-3. I’m interested to see how the Raiders young, talented offense plays against the Jets veteran and loaded defense.

Alas, virtually the whole football-watching country will be watching this game in the late afternoon. It’s not without its attractions, but most of them have to do with the suspense generated by a team wildly disappointing its fans.

This is the last London game of the season and, like most of the others, it features two under .500 teams. It’s hard to say which team has been more disappointing this year, the Chiefs, who were 11-5 two years ago or the Lions who were 11-5 last year. I guess the Lions. Either way, this is not a game worth waking up early for.

It’s actually somewhat hysterical that a divisional game involving one team (the Falcons) with only a single loss on the year could be so low in our rankings. It’s a measure of how little people believe in the Falcons as an actually good team, as opposed to a decent team with a good record, and how little the general public cares about the Buccaneers.

Looking at the landscape of the NFL over the past decade, it’s almost incomprehensible that a game between these two teams could be the second worst game of the day. The Chargers and Ravens have both been perennial championship contenders but they now find themselves scrambling around just to win a game. It’s a sad fall from grace for both franchises. At least the Ravens will still be in Baltimore next year. The Chargers may very well be in Los Angeles.

It’s not impossible to make a case for watching this game — this week’s slate of games is remarkably strong, without a single game in the small or no screen categories — but it just doesn’t match up to the competition. The Cardinals are very good, the Browns are not.