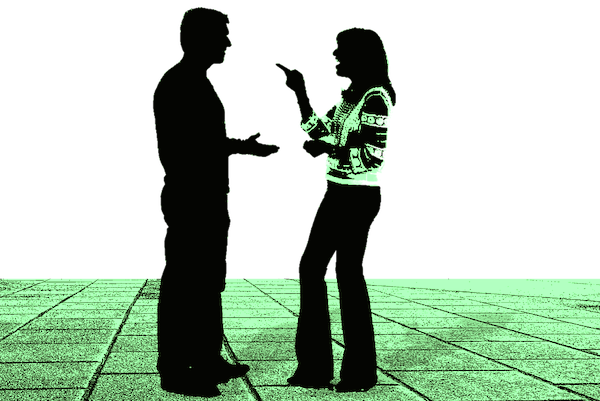 Line: Neither team is all that good, but the Bills needed this one more.

What it means: After this game, both teams have won six games and lost six. The difference is that the Bills are in the same division as the 10-2 New England Patriots, and therefore will need to get a wildcard spot to make the playoffs. The Texans are tied for the best record in their division with the Indianapolis Colts and are therefore still very much in a good position to claim a playoff spot by winning their division title.

Line: It’s hard to admit for Ravens fans, but they’re probably better off having lost this game.

What it means: The Ravens have been a consistently good team over the past decade. This year, they couldn’t get things together and then, while they were falling apart, they broke. What does that mean? Well, they weren’t winning many games and then all their good players got injured. Now, it’s probably best for them to lose their remaining games and get the best draft pick in this year’s draft as possible.

Line: I guess the common/uncommon opponents theory of the Bengals doesn’t hold for the Browns.

What it means: The Bengals have been an excellent team for most of this season. Some smart football analyst out there noticed though, that when they struggle, it’s often in games against teams that are used to playing them, especially if they have played them recently. The Browns, who are in the same division as the Bengals, and who have already played them this year, are a perfect example of a common opponent, who the Bengals might struggle against. The only problem? The Browns aren’t very good. Sometimes the even simpler answer is the correct one.

What it means:  The 49ers have had an incredibly bad season. They lost their coach and several important defensive players before the season. They benched their starting quarterback, Colin Kaepernick, part of the way through the season, and will probably let him leave as a free agent this summer. You’d think they would be looking for a new young quarterback in the draft but the backup quarterback, a guy named Blaine Gabbert who failed spectacularly with his previous team, has done just enough that the 49ers might be able to convince themselves to trust him with their future. It probably won’t end well.

What it means: When the formulas that run my NFL Forecast told me that this game was going to be one of the top games of the week, I thought seriously about arguing with it. “No way,” I thought. These teams suck! Suck they may, but apparently they are bad in ways that match up perfectly to create an entertaining football game. These teams play in the same division, so with luck, we’ll see lots of similarly exciting games in the future from them.

Line: Uh oh, the Seahawks appear to have returned.

What it means: The Seahawks have made the Super Bowl in the past two seasons, winning two years ago and losing last year on a fluky play right at the end of the game. From their poor play at the start of this season, it seemed like they were not going to be returning for a third year. Now, after a dominant win against a very good team, the Seahawks have

Line: This one was way more than the battle of New York.

What it means: The easy narrative about this game is that it was a rare (once every four years) game between the two teams who claim to be from New York and play in New Jersey. Neither of these teams cared about that narrative. The game was too important to both teams in terms of their chance to win their division (Giants) or make the playoffs as a wildcard (Jets.) The Jets win gives a significant boost to their playoff chances.

What it means: Nothing to see here, really. A dominant team beat a team they were expected to beat. The world continues to turn.

Line: Ugh. I guess it’s time to admit that Jameis Winston is good at football.

What it means: The number one overall pick from this year’s draft, Jameis Winston, the quarterback of the Tampa Bay Buccaneers, is an impossible player to root for. Alas, that doesn’t mean he’s bad at football. Apparently, he’s actually pretty good at it. Damn.

Line: Doesn’t look like Peyton Manning’s getting his job back.

What it means: With every Broncos win under understudy quarterback Brock Osweiler’s leadership, the odds of once-legendary quarterback Peyton Manning getting his job back get longer and longer. Longer odds mean something is less likely. Manning lost his job ostensibly because of injury, but even if he could play, it looks like Osweiler is simply better.

Line: That’s six in a row for the Chiefs and four of the last five for the Raiders.

What it means: After a terrible start, the Chiefs have won six games in a row. Meanwhile, the Raiders, who had a good first half of the season, have lost four of their last five games. It’s a tricky stat though, because they won the two games before their last five. So… you could equally say that the Raiders have won three of their last seven games. That doesn’t sound nearly as convincing though, so sports blogs (real ones, that is) won’t admit it.

Line: The Panthers proved they can win even when their defense plays badly. Watch out NFL.

What it means: The Panthers are the last undefeated team in the NFL this season. They’ve done it to a large degree because they have one of the best defenses in the league. That defense played unexpectedly bad today and the Panthers still found a way to win. They’re still not getting as much press as they probably deserve. I think the Panthers have a legitimate chance to win the Super Bowl.

Line: With all their injuries, the Patriots need to play close to a perfect game in the other two phases to win. They didn’t come close.

What it means: People talk about their being three phases to a football game: offense, defense, and special teams. The Patriots are missing a lot of important players on offense because of injury. They can still score, but perhaps not as prolifically as before. This means that their margin of error on defense and special teams is narrowed. They lost this game largely because of mistakes on special teams and their defense wasn’t good enough to make up for it.

Line: Uh… I think the Steelers are going to win the Super Bowl.

What it means: They’re not the team with the best record in their division — that’s the Bengals. They’re not even a lock to make the playoffs — although this win makes it much more likely that they will. But the way their offense plays when it’s playing well, it just doesn’t seem possible to beat them.