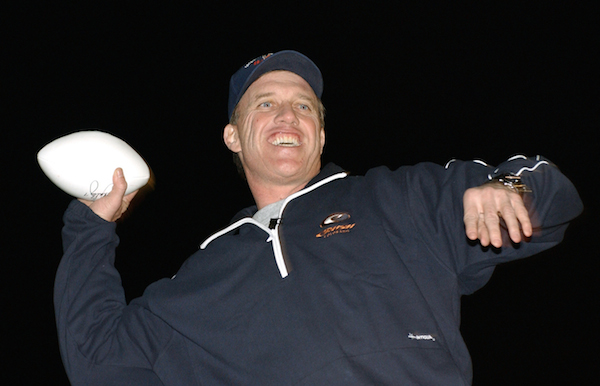 Nineteen years ago, John Elway was an aging quarterback preparing to play for the Denver Broncos in the Super Bowl. A star in college, he had entered the National Football League (NFL) with great expectations and fulfilled nearly all of them. He was a prolific passer and won many NFL awards. The only real knock on him was his performance in the playoffs. Despite having been to three Super Bowls, he had never won one. In the lead-up to Super Bowl XXXII, the Broncos were the clear underdogs, facing what seemed like an invincible opponent. Although still a good player, it seemed too much to ask for the 37 year-old quarterback to be the offensive leader. As it turned out, he didn’t need to be. Despite having a terrible statistical day, (he threw for only 123 passing yards, one interception, and no touchdowns,) Elway’s team shocked the world and won the game 31-24. They accomplished this largely by relying on their running game, which was fantastic. Super Bowl MVP, Terrell Davis, had 157 yards and three touchdowns despite missing time with a migraine he suffered mid-game. Thanks to being lifted by his teammates, Elway was finally a Super Bowl champion. Elway played one more year, in 1998, and won the Super Bowl again before retiring. His back-to-back championships followed by retirement completely changed the narrative arc of his career and he is now thought of as one of the best quarterbacks of all time.

This history lesson is relevant for two reasons. Peyton Manning, the current quarterback of the Super Bowl bound Denver Broncos, is even older than Elway was in 1997 and has possibly an even greater potential legacy at risk in this game. Although he has won a Super Bowl, the difference between his performance in the regular season (beyond great) and his performance during the playoffs (he has lost the same number of games as he’s won, 13 each, and his record in Super Bowls is currently 1-2) is a glaring weak spot in his record. If it were simply that Manning reminds football fans of Elway, that would be enough of a parallel to build the plot of this Super Bowl around, but there’s more. John Elway is currently the president of the Denver Broncos. He’s been in charge of the team since 2011 and has been the key architect of this team. During his time as an executive with the Broncos, he made the decision to bring Manning to Denver and he made the decision last year to fire the team’s head coach and replace him with Gary Kubiak. Kubiak, just as a bonus, was the long-time backup quarterback for the Denver Broncos during the John Elway quarterback era.

Like the Broncos did when Elway was an aged quarterback, the Broncos of today will be trying to win the Super Bowl through a strength other than their quarterback. The team 19 years ago led with their rushing attack. This team leads with their smothering defense. In the American Football Conference (AFC) Championship game (which is like a semifinal for the Super Bowl) the Broncos beat the New England Patriots almost completely based on their defense. They hit the Patriots quarterback more times than any quarterback was hit in a single game all year. They’ll try to do the same to the Carolina Panthers quarterback, Cam Newton. If it works, they have a good chance of winning the game and making history repeat itself for John Elway.