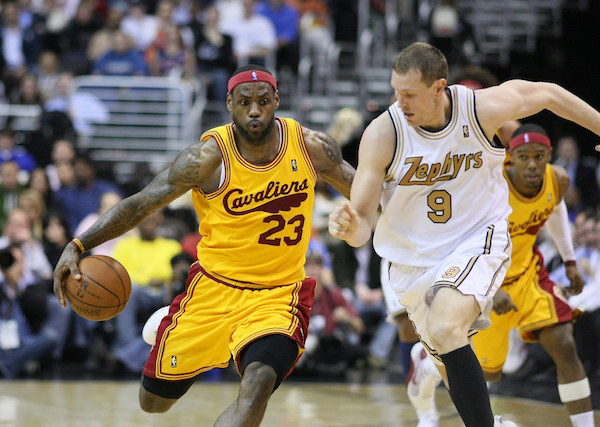 Race and basketball in America are inextricably linked. Of the four (or five) major sports leagues in the United States, the NBA is the most predominantly black league. This past weekend was the NBA All-Star game, a festivity that two of my favorite NBA writers, David Aldridge and Michael Wilbon, got in trouble for calling “Black Thanksgiving” several years ago. (Side note, the quoted comments from fans in that article from look eerily like Trump-era attacks on CNN). By any measure, one of the most famous movies about basketball is about a white con-man who plays off racial assumptions to scam people in two-on-two basketball games. Entitled White Men Can’t Jump, this movie provided the inspiration for the headline of a recent article in the New York Times Sunday Review about race and basketball that was so misguided it pulled me out of my grad school hiatus from writing this blog.

The article, “Even When White Men Can Jump…” is written by Seth Stephens-Davidowitz, an economist and author. In it, he presents an interesting analysis he worked on, determining the percent breakdown of NBA player fanbases by race based on Facebook data. The data show two things: that fans tend to root for players of their own race and that black players of similar ability to white, hispanic, or asian players tend to be more popular.

This is a clever investigation and we are indebted to Stephens-Davidowitz for performing it. Unfortunately, in two places, his racial analysis leaves a lot unsaid, to the point of being misleading. Early in the article, Stephens-Davidowitz attempts to explain the historical context of his experiment:

This is a long-debated question. For years, owners were accused of padding their benches with white players to increase a team’s fan base. The implicit assumption: If you are white, you will have more fans.

While it is certainly true that “owners were accused of padding their benches with white players,” the implicit assumption is too generous to basketball fans of the 1970s and 80s, the era most associated with this tactic. The assumption was not that individual white players were more popular, it was that fans would not stand for teams made up completely of black players. To simply say that owners padded their teams with white players because they were more popular makes it sound like a marginal consideration; that teams could increase their popularity a little by hiring white players. In reality, teams worried that fans would completely stop watching unless they hired a quota of white players regardless of skill. This is a much more harsh interpretation that assumes widespread racism. In support of this claim, look to a 1979 Sports Illustrated article, “There’s an Ill Wind Blowing For the NBA” or “‘Too Black’: Race in the “Dark Ages” of the NationalBasketball Association” in the 2010 edition of The International Journal of Sport and Society. It’s also important to think about where this issue of the 1970s and 80s came from. During the 1950s the rules, written and unwritten around race in basketball were much harsher. According to David Kamp in his GQ article, “Only the Ball was Brown,” in the NBA there was an “unofficial quota on blacks in the late ’50s, allowing no more than two or three per team.” In college basketball, things were worse with institutions agreeing to “gentlemen’s rules” prohibiting the recruitment of black athletes. As with most things in college sports, fans and their rabid, rich counterparts called boosters, played a big role in enforcing these unwritten rules.

If the history of race and basketball is more pernicious than Stephens-Davidowitz makes it out to be, so is its present. Stephens-Davidowitz finishes his article with the rosy conclusion that the racial slant to NBA fandom is a refreshing change from the opposite tilt toward white privilege found in the rest of society. I’m all for rosy interpretations, especially in this political era, but it seems like a disservice not to also mention the quite well known trap of black popularity when confined to particular areas. In every fan who contests that “white men can’t jump” or play basketball as well as black athletes, there’s an overtone which states, “basketball (and music and acting) are all black people can be successful at.” Disproportionate adulation in one area can just as easily be seen as enforcing white privilege as lacking it.

Stephens-Davidowitz has produced rich data about race and the NBA but it needs more analysis from a cultural and historical angle.