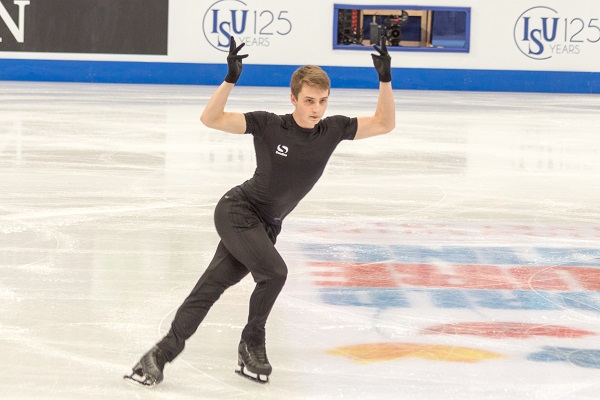 For many people, figure skating is the center of their Winter Olympics experience. There is a lot to recommend it. The athletic achievement of figure skaters is truly incredible. These seemingly slight skaters are able to launch themselves into a 1440 degree twist in mid-air and land and then transition into another one without pause. That’s ridiculous. The sport also has the potential attraction of being judged partially on aesthetics — something which adds to its intrigue and drama significantly. Lastly, for viewers in the United States, Johnny Weir and Tara Lipinski are the best commentators since sliced bread.

As a central sport, it has been covered perhaps even more widely than most Olympic sports. The most obvious technical detail of the sport to teach even long-time viewers is how to distinguish all the different jumps from one another. What is an Axel? What is a Salchow? How do you know if someone has done a flip or a toe-loop? On this topic, Alexander Abad-Santos provided “A GIF Guide to Figure Skaters’ Jumps at the Olympics” for The Atlantic four years ago that far exceeds anything I could ever produce. I recommend it.

With that topic taken off the shelf, I spent a long time watching clips of figure skating to see what I could see. The answer: very little. I have real trouble distinguishing the very best figure skaters from the just incredibly good enough to get into the Olympics but not good enough to win category. The only slight detail I think I found which gives me a hint for the quality of the skater is how smoothly they toggle from skating backwards to forwards.

During a figure skater’s routine, he may switch from skating backwards to forwards dozens of times in thirty seconds. If you’re not really watching for this, you might miss it because his legs continue to propel him in what looks like a single path and her upper body registers no discomfort at being swiveled one way and the other. The facilitator of all this movement is the hips, which, somewhat unbelievably from the perspective of someone with chronic hip-pain, SEEM TO MOVE WITHOUT FRICTION! I simply don’t understand how this is possible.

All great sports possess elements that make most pedestrian viewers think just that – we don’t understand how elite athletes do what they do. For figure skating, one detail which sets the very best apart from the rest is how smoothly they can alternate between skating backwards and forwards. Watch for it the next time you’re watching figure skating.