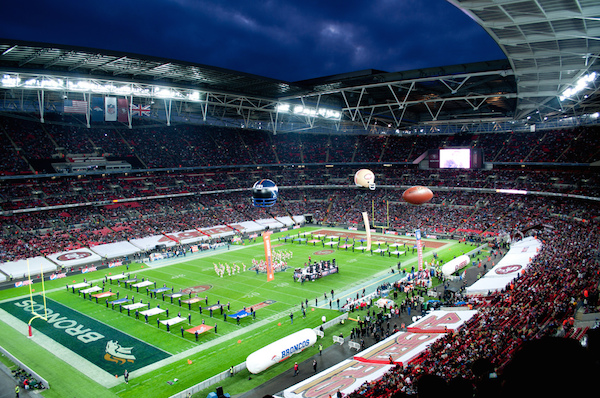 Can you please explain the NFL Lockout? I’m seriously hoping for a year with no football, and I’d like to better understand how this may occur.

Last part first — I can imagine several reasons you want a year with no football, but I’m afraid to say the lockout is not the answer.

Think about what happened when the screenwriters went on strike.  Did TV stop? Far from it – instead, producers dialed up three times as many episodes of the Real Housewives of Golddigger County, and everyone without Netflix STILL thanked them for the privilege. Even for the most talented people on TV, it was far from an inspiration: Conan grew a beard, the Colbert Report pronounced the t’s in its title and Jay Leno…well, the writer’s strike had no noticeable impact on the quality of Jay Leno’s show.

Still – much like the writer’s strike, if the lockout isn’t resolved, there’ll be two outcomes, neither of which will improve your quality of life:

First part last — the lockout is a lot like any dispute between labor and management, except these individual laborers are more famous and admired than their managers. You can disregard the noise and focus on a few key things.

First, management wants what management always wants: the biggest possible piece of the revenue pie. Whether it’s revenue from the rights they sell allowing NBC, CBS, Fox and ESPN to broadcast the games, the tickets they sell to those games,  or the $14 stomach-lining-incinerating hot dog that you buy at the game, they want as much as they can get. They’re businessmen, and it’s silly to think they want anything else. Some of them talk about how small their profit margin is, and how expensive it is to build a stadium (even with you, the taxpayer, picking up half the tab), especially in smaller media markets (even though they fought tooth and nail to bring a franchise to said market). But mostly they just want more money, and you can’t really blame them, cause that’s what they do.

The players want a bigger slice of that revenue pie too, and you can’t blame them either. But what they also want – and what puts them at an inherent disadvantage in the revenue fight – is some benefits that acknowledge the physical toll the game takes on them. Whether it’s cutting down on mandatory off-season workouts or guaranteeing better pensions and health benefits for retired NFL players, the players have interests outside a simple revenue split, which gives the owners more chips at the bargaining table.

Still, the players are holding their own in court, and as a result, things seem to be moving towards a solution. And, not to try to shame you, but that’s a good thing all around. Not because crime will go up if there’s no football, which is what Ray Lewis, a perennial All-pro linebacker said – though he does have credibility given his personal off-season experience[1] – but because of the collateral damage a sustained lockout would cause. Cause if you make a living selling hot-dogs, beer and jerseys at football games, you probably don’t have a lot of viable alternatives.