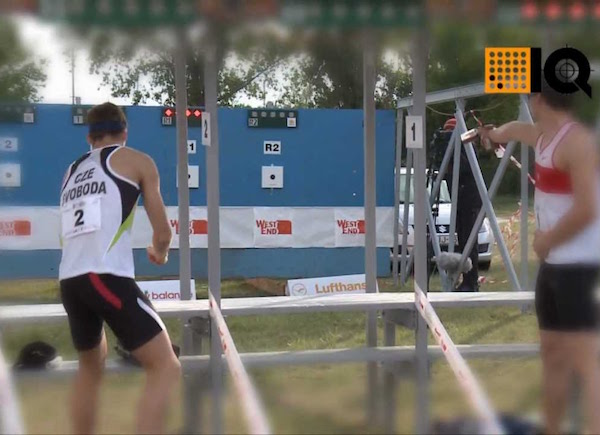 All About Modern Pentathlon

The Olympics are a human tradition that goes back to ancient Greece but they’re also very much a product of late 19th century Europe. No event expresses this modern origin better than the Modern Pentathlon, a combination of thoroughly upper class Victorian European activities.

How Does Modern Pentathlon Work?

The modern pentathlon combines five skills into a single event: swimming, show jumping on horses, fencing, running, and pistol shooting. Scores are accumulate throughout the first thee skills: a 200 meter freestyle swim, a show jumping exhibition, and a epee fencing tournament. The cumulative score from those activities gets turned into a ranked list which defines when each athlete starts the final combined run and pistol shooting competition. This combined competition requires athletes to run 800 meters, shoot five targets, and then repeat four times. The genius aspect of using the earlier standings to stagger the start of the combined competition is that the person who finishes the run/shoot first is the overall winner. Another clever aspect of the modern pentathlon is that athletes are paired with a horse randomly 20 minutes before taking part in the show jumping competition. This is a far cry from normal equestrian events when athlete and horse practice together, sometimes for years before the Olympics.

One of my favorite stories about sports that I’ve learned over the past few years comes from David Epstein’s book, The Sports Gene. In it, he describes “the big bang of sports bodies” that happened during the 1930s. Before that time, the people who ran sports on a national and international level believed that there was basically an ideal body for sports (unsurprisingly a medium sized European man) and that a person possessing that body should be the best at virtually everything. The modern pentathlon clearly stems from that time. Because we now know that there’s an ideal body type for swimming (long torso, big hands and feet) and that it’s different from the ideal body type for running (long legs, very small torso), it’s in some ways extra entertaining to watch a sport that forces people to compete in different sports and rewards versatility.

The modern pentathlon is confusing enough with its five components, that it’s a relief to know it only has two events: men’s and women’s.

How Dangerous is Modern Pentathlon?

Well, let’s see. Swimming is pretty safe, as is running. The shooting is done with lasers, not bullets, so we’re good there. Fencing with epees is going to leave some marks, but no real damage should be done most of the time. Nope, the most dangerous sport in the modern pentathlon by far is the show jumping. Anything on a horse, particularly jumping over barriers, is dangerous! You can get pretty hurt falling off a horse and the pentathlon turns up the difficulty level by asking athletes to compete on well-trained but unfamiliar horses.

What’s the State of Gender Equality in Modern Pentathlon?

Bookmark the full Olympics schedule from NBC. Modern pentathlon is from Friday, August 19 to Saturday, August 20. 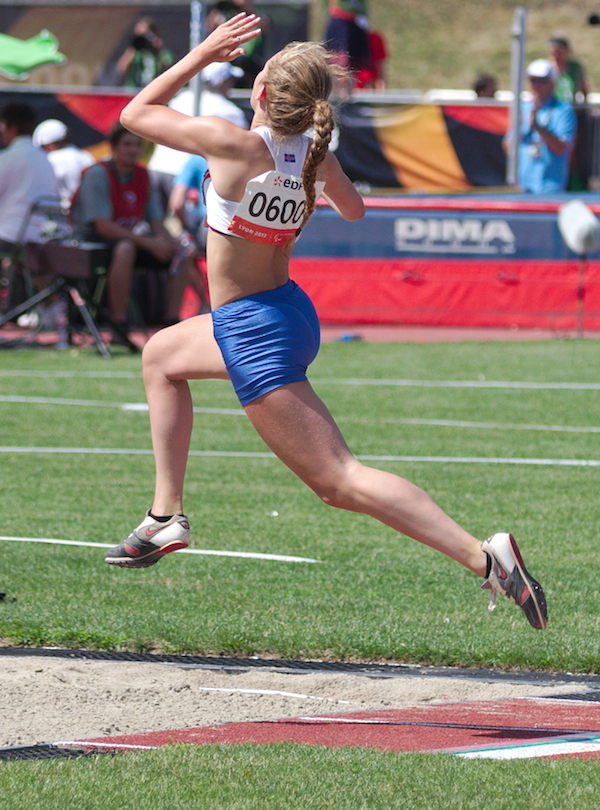 My family and I just got back from a trip to Europe. We spent several days in Iceland where we were regaled with stories of Icelandic sports, including their country’s four Olympic medals. Two of the medals are in a sport called “athletics.” What is the sport of athletics?

Athletics is an umbrella term that refers to a number of sports, many of the Olympic ones. It’s primarily a British term. The American equivalent is “Track and Field.” In the current Summer Olympics, the sports that fall under the general term Athletics include: running (everything from a 100 meter sprint to a marathon), hurdles, the steeplechase, relay races, race walking, the four jumping sports (high jump, long jump, pole vault, and triple jump), the four throwing sports (javelin, shot put, discus, and hammer throw), and the decathlon.

I mentioned before that “athletics” and “track and field” were basically the same term but that there are slight differences. Track and field, the predominant American field, refers only to sports that take place in a big stadium that includes both a track and a field. Athletics also encompasses sports that are like the sports that would take place in that arena but that need a little more space or different terrain. The three main sports that are included in athletics but not track and field are the marathon and race walking, which usually take place on roads, and cross-country running which takes place on grass and mud. In general use though, particularly pertaining to the Olympics, they’re the same thing. One is just a Britishism and one an American term.

Sports are at least as big a part of raising children in this country as religion or civics. Kids spend hours every day playing sports and the way they see adults handle the everyday drama of sports helps to each them how to handle the real dramas of growing up. This week we have three stories about raising kids in and around sports. We’re going to hear from a former major league baseball player who has recently begun coaching his children’s t-ball team and from the family and friends of a young athlete who took her own life. We’ll hear about the army’s newfound devotion to women’s lacrosse and why their focused on that sport.

by Doug Glanville for the New York Times

Former baseball player Doug Glanville walks the line in this article. It’s tricky to write comedically about children — if the snark has even a hint of mean-spiritedness in it, the whole article will fall apart at the seams. I don’t sense snark at all, only love and appreciation for the absurd.

Base running is a little more straightforward, even though it can create moments I have never seen or imagined before in my life. The other day, we had three runners on third at the same time. After first trying to sort it out, I thought, “No big deal, let me see what happens when the hitter puts the ball in play.” So he did, and two out of the three ran home. Not bad.

T-ball is subject to a range of delays that have nothing to do with rain. Nor do they come from pitching changes or from challenging a call with Instant Replay. No. Our catcher went off to the Port A Potty; another one of our players was shaken up after being engulfed by his own teammates (eight apparent shortstops trampled him to get a ball hit near the pitcher’s mound); a couple of other players found the joy in knocking each other’s hats off at second base — until they found themselves disoriented in the evil and boring outfield.

Why Does the Army Care so Much About Women’s Lacrosse?

by Jane McManus for ESPNW

The image you might have in your mind of women’s lacrosse is that of a genteel sport played by young ladies. Don’t be tricked by the skirts that the players wear, they are ladies, but they’re the kind of ladies that will shove you to the ground and sprint over you to score a goal. That’s exactly the kind of people the army needs as they continue to open more combat positions to women.

The Army believes there is a crucial relationship between those two things — an athletic background and being a soldier. As the military prepares to allow women on the front lines of combat in 2016, there is an immediate need for strong, tough women from within the Army’s ranks. And, in a philosophy often mentioned on campus and believed by MacArthur himself, the Army believes athletes make better soldiers.

The data seems to support the basic premise held at West Point: that female athletes possess critical tools that would make them ready for the front lines of combat. Lacrosse is the next frontier for pulling good athletes to the academy

by Kate Fagan for ESPN

This is a brutal article. It tells the story of Madison Holleran, a successful multi-sport athlete who recently died by suicide. As much as her family and friends would like there to be an answer to why and what we can do as a society to prevent other people from doing the same, there just isn’t. Depression is a nasty disease and it can strike anyone, anywhere. What follows here is some of Fagan’s writing about the impact of social media on young women’s lives. It’s not an explanation for suicide but it is something that we can improve.

Madison was beautiful, talented, successful — very nearly the epitome of what every young girl is supposed to hope she becomes. But she was also a perfectionist who struggled when she performed poorly. She was a deep thinker, someone who was aware of the image she presented to the world, and someone who often struggled with what that image conveyed about her, with how people superficially read who she was, what her life was like.

Everyone presents an edited version of life on social media. People share moments that reflect an ideal life, an ideal self… With Instagram, one thing has changed: the amount we consume of one another’s edited lives. Young women growing up on Instagram are spending a significant chunk of each day absorbing others’ filtered images while they walk through their own realities, unfiltered… She seemed acutely aware that the life she was curating online was distinctly different from the one she was actually living. Yet she could not apply that same logic when she looked at the projected lives of others.