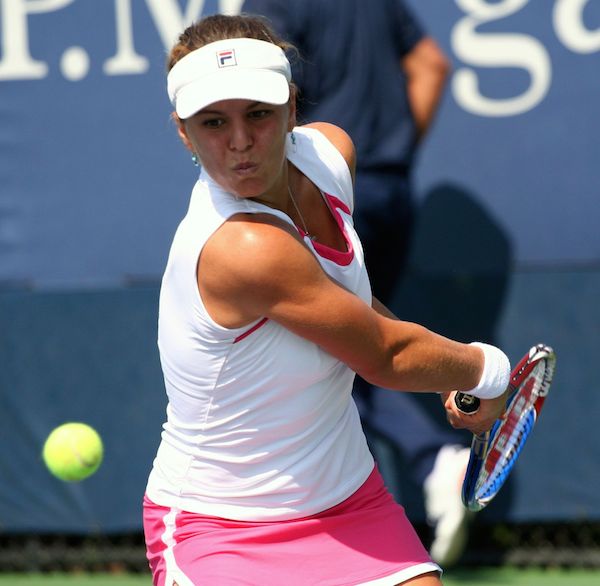 I’m excited that the U.S. Open tennis tournament is starting this week. I have a question which you might be able to answer though: why are some tournaments called opens? Who are they open to?

In today’s sports language, the word “open” is almost a synonym for the word “tournament”. If you ask a tennis fan what she’s watching in the next couple weeks, she’ll say, “the U.S. Open” not “the U.S. Open tournament”. In a more technical sense, the term does make a distinction between one type of tournament and another. In a non-open (sometimes called an “invitational”) tournament, all of the places in the tournament will be filled by professional tennis players based on a current ranking that is maintained by the Association of Tennis Professionals (ATP). An open tournament doles out most of its places to players based on the same rankings but it reserves a small number of spots (16 for men, 8 to 16 for women) for people who qualify by winning or doing well in a qualifying tournament. (Side note — players who don’t win their qualifying tournament but who make it into an Open field anyway are wonderfully called Lucky Losers.) These qualifying tournaments are open to professional and amateur players. Amateur qualifiers have rarely made an impact in recent years. In men’s tennis, a qualifier named Vladimir Voltchkov made it to the semifinals in the 2000 Wimbledon and during the 2015 British Open (of golf), an amateur qualifier named Paul Dunne was tied for the lead after the third of four rounds. Nonetheless, the inclusive nature of open tournaments adds to their romance. Like an open cup in European soccer, the fact that an unknown could win is enough to justify their inclusion.

Given current use of the “open” moniker, you’d be forgiven for thinking that tournaments have historically been the province of professional players and the opening of open tournaments has always been to allow amateurs to join in. Historically, at least in tennis, it’s actually exactly the opposite. Before 1968 the major tennis tournaments each year were open only to amateurs. In 1968, they all began to allow professionals to compete. This change was reflected in the name of two of the tournaments. The U.S. National Championships became the U.S. Open and the Australian Championships became the Australian Open. In today’s money fueled sports world, it seems crazy to think that professionals were excluded and amateurs preferred, but that’s how things were in tennis before 1968.

Enjoy the U.S. Open! Here are two printable brackets that you can use to track the action. The 16 qualifiers are labeled with a “(Q)” in the men’s draw and the women’s draw as well. 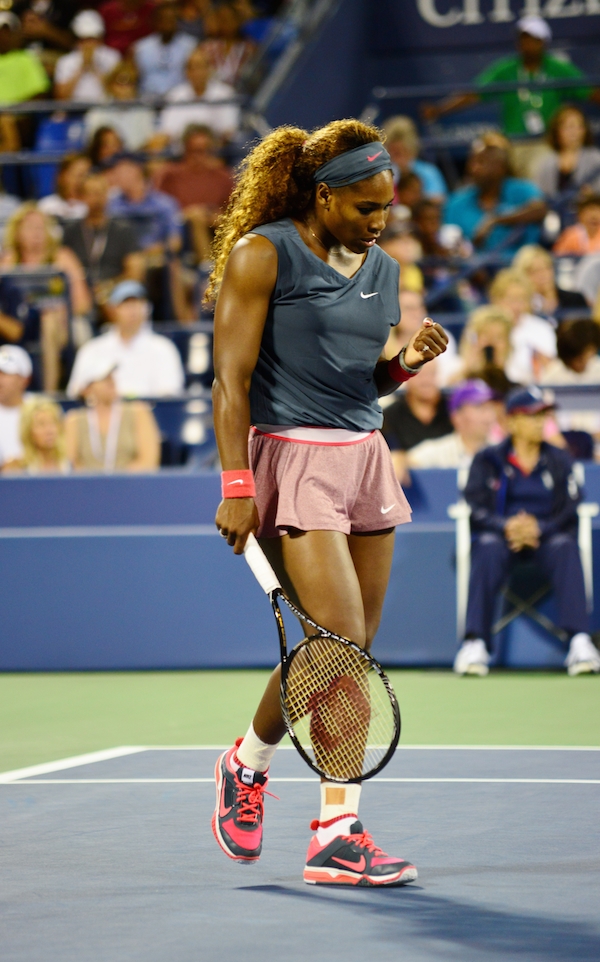 If you watched the Wimbledon men’s semifinal today between Roger Federer and Andy Murray, you would have noticed a striking difference in behavior between the two men. Murray was emotional throughout the match, screaming, talking to himself, and banging his racket against the ground or his insteps. Federer barely uttered a word, except a few classic tennis “come ons!” His face registered neither fear nor excitement nor exertion. Federer showed no emotion, Murray showed lots. Murray lost.

Although Federer is an extreme example — he is one of the greatest winners in tennis history and he’s known for his monk-like disposition — the question of how outward displays of emotion effect a player’s chances in tennis is a real one. It’s particularly interesting to consider whether showing emotion is something that a player does when he or she is going to lose or whether it’s something that helps bring about the player’s demise. In other words, does the losing cause the emotional outburst or does the outburst cause the losing? It’s not just Federer. Some of the greatest winners in tennis are reticent. Rafael Nadal is the opposite of Federer when it comes to showing how hard he’s working during a tennis match, but they are similar in their ability to maintain emotional peace or an incredible facsimile of it. Nadal seems sure that he will be able to beat his opponent simply by working harder than them and he never seems to doubt that he can work harder. Take Novak Djokovic, the new reigning number one men’s player in the world. Early in his career, he was prone to losing matches that he seemed to be in control of. How did this happen? Something bad would happen and he’d lose his temper. He’d break rackets and curse at himself in Serbian. He’d hit himself in the head with his racket. Once he got his emotion under control, he started winning tournaments. Or, wait… was it the other way around?

My money is on the emotion being the egg and the winning being the chicken. Tennis is a uniquely psychological game. It’s intensely isolating for its players, who are not allowed to even talk to their coaches during major tournaments. It’s very intimate — when you’re at a tennis match live, even from the very last seat in the biggest tennis stadium (I know, I’ve sat there) you feel as though you can speak directly to the players. Showing yourself to be unflappable through all the ups and downs inherent in a tennis match has to unnerve your opponent. My guess is that players who learn to control their emotions and who develop great poker faces (maybe we should start calling them “Federer faces”) are able to win more than players with equal or similar skill levels.

Serena Williams, who will play in the 2015 Wimbledon finals with a chance to win her fourth straight major tournament in a row and her 21st major singles tournament overall, may be an exception to this rule. She is openly emotional on the court. She does show when she’s angry at herself and when she’s excited. It’s possible that she’s able to win despite giving up the advantage of unflappability because she and her opponents are women and they and our culture in general expect different behavior from women emotionally. It’s also possible that her skill level is so much higher than everyone else’s that she doesn’t need to sweat small advantages like this. A third possibility is that part of her tennis brilliance has come from taking a different path through the emotional forest. Maybe she unnerves people and strengthens herself by doing just the opposite of what works for everyone else.