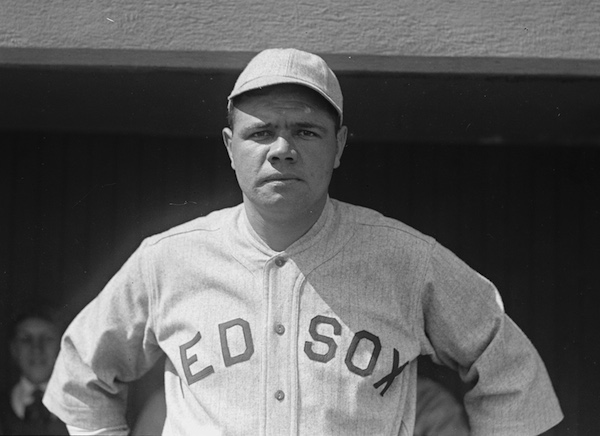 Explain baseball to me. I might start paying attention. What do I need to know to do that? I hear there are differences between the leagues. If it matters, I care about the Tigers and the ways in which they play.

I’ve got to start out by declaring that I’m not a baseball fan. In fact, I think baseball is pretty damn boring. And, although I live less than ten minutes away from the Mets’ home stadium, I don’t have a favorite team. So, I’m going to leave the explaining of baseball and why you should pay attention to my colleagues Dean Russell Bell and John DeFilippis who are Phillies and Yankees fans accordingly and much more passionate about baseball. They probably both hate the Tigers though, so good luck with that.

What I can help you with is the difference between the National League and the American League. Baseball is the only sport that I know of where a single league is split into two divisions that actually play with slightly different rules. Yes, this is really weird. Imagine what it would be like if big institutional investors got to play by different rules when buying stock than us normal people do. Oh wait.

The difference in rules between the National and American leagues is small but it has some interesting consequences. In the National League, the pitcher takes a turn hitting once every nine batters, just like everyone else on the team. In the American League, the pitcher is excused from hitting and his turn hitting is taken by a player who does nothing but hit. This player, called the designated hitter, just sits on the bench while his team is pitching and fielding.

Let us pause for a second to remark upon how completely absurd this is before we continue. Pitchers in the American League are paid millions of dollars a year and are considered top-flight professional athletes and yet they are not expected to take part in an elemental part of the game of baseball? Are they too fragile? Not skilled enough? I really don’t understand this at all? I know I only have one season of little league in my history, but it seemed to me like when we were young, the best athletes played pitcher. When did they forget how to hit? Babe Ruth, the famous slugger whose last World Series hit ever was a home run that he may or may not have called by pointing to the fence before he hit the ball way over it… started his career as a pitcher!

In any event, this little rule difference has some interesting downstream effects on strategy and tactics. Baseball is not an incredibly high scoring game. Combined scores average fewer than ten runs. Adding a very good hitter and subtracting a usually bad one, as the American League Designated Hitter rule does, creates a small but real increase in the average score of American League teams. Mostly what it does is make it less likely for American League teams to win 2-0. So, they tend to build their entire line-ups based on this fact. They concentrate on finding bigger, stronger, slower guys who can hit home-runs. The fact that they can play these guys in a game without needing them to run around and try to catch the ball helps too! The National League teams, on the other hand, feel like they might be able to win with fewer runs, so they tend towards smaller, faster players who can steal bases, bunt, and play excellent defense.

The tactical effect of the DH rule comes into play when switching pitchers in the National League. Most pitchers these days don’t play the whole game. At some point the starting pitcher will come out of the game and a relief pitcher will come in. Often several relief pitchers will finish the game out. The last of these pitchers, a guy who specializes in pitching the last inning of games is called the closer. Sometimes the team will just sub one pitcher in for the next, but more often, the team will take the opportunity of removing their pitcher to sneak a good hitter into the lineup for a single at bat.

It works like this. A pitcher pitches an inning and in the next half of an inning, his turn to hit comes up in the batting order. The manager replaces him with a good hitter. The hitter hits or… more likely fails. When it’s this team’s turn to pitch again, the pitcher is officially this good hitter. Which would not be good… but, they have the opportunity to substitute again and they take out the hitter and replace him with a relief pitcher. Voila! They’ve switched pitchers AND bought themselves an extra good batter in the nine man rotation.

It gets much more complicated but in my opinion not that much less boring 😉 Hopefully one of my colleagues will take on the challenge of explaining to you and me why baseball is really, really, not boring after all.

Until then,
Ezra Fischer

3 thoughts on “What's the Difference Between the Two Leagues in Baseball?”