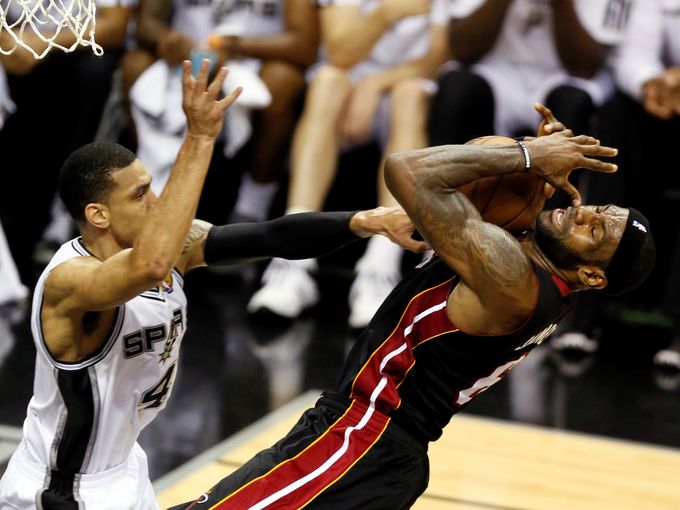 The San Antonio Spurs are like Inigo Montoya three-quarters of the way through the Princess Bride. I know what you’re thinking… have I finally and forever lost my mind? The Spurs are an NBA basketball team and Inigo Montoya is a fictional Spanish sword-fighter.  You are technically correct but bear with me and I’ll tell you why they are similar.

In the Princess Bride, Inigo Montoya is single-mindedly obsessed with finding the man who killed his father and defeating him. The death of his father at the hands of a distinctive, six-fingered man, so haunted and infuriated Montoya that he trained harder and smarter than anyone and became one of the greatest fencers in the world. So armed, he pursued his enemy with unequalled intensity and focus until he could say to him, “My name is Inigo Montoya. You killed my father. Prepare to die.”

Last year, the San Antonio Spurs faced the Miami Heat in the NBA Finals. The Finals are a best four-out-of-seven series and after five games the Spurs led 3-2. They needed to win only one more game to win the championship. In the sixth game, they led by five points with 28 seconds left in the game. They were so close to winning the finals that the rope used to keep spectators off the court had already been deployed. Then the unthinkable (or at least the very unlikely) happened and the Heat came from behind to win in overtime. In game seven, the Spurs were behind by only two points with less than a minute. They had the ball. Then the unthinkable happened again. Tim Duncan, one of the greatest and most reliable players of all time, missed a shot he’s made a thousand times. Watch the video. Pay close attention to Duncan’s reaction a few seconds after missing the shot and then again a few seconds after that when the Heat call time-out. If there’s a sports equivalent of witnessing your father being murdered, it’s what happened to the Spurs last year in the finals against the Heat.

This year, instead of under-playing the factor of revenge, as teams often do following losses, the Spurs this year have been single-minded and open about their goal — to get back to the finals and beat the Heat. It’s almost as if they’ve been repeating at every practice, during every game, and at every press-conference, “We are the San Antonio Spurs, you beat us in the Finals. Prepare to be defeated.”

We’re almost there. The Heat are up three games to one against the Indiana Pacers in the Eastern Conference finals and the Spurs are up two games to one against the Oklahoma City Thunder. We still have a little ways to go but if the Spurs make it to play the Heat in the finals, my money (or at least my heart,) is on Montoya to beat the six-fingered man one last time.