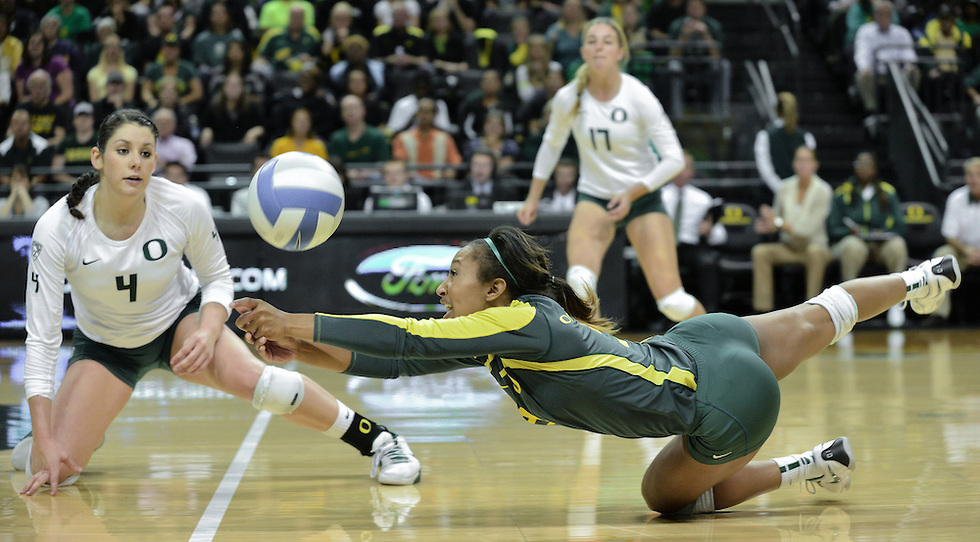 I was watching the World Cup Championships of Men’s Volleyball the other day between the United States and Brazil. Why does one player wear a different colored jersey in Volleyball?

If you’re interested in other Olympics sports, I’ve written about all the events and have worked on some schedules too. Find it all here.

I’ve been wondering about the person in volleyball who wears a different colored jersey for years. I’ve known they were called a libero and that they played by a different set of rules but I didn’t know what they were. Now I do!

The libero is a defensive specialist by nature and by rule. He or she is usually the best player on the team at keeping the play alive by digging the opposing team’s best shots before they hit the floor. The libero, which literally means “free” in Italian, is something of a magical position because it is allowed, by rule, to ignore most of the normal rotation and substitution rules in volleyball. Like soccer, volleyball limits the number of substitutions allowed. Teams are allowed six substitutions per set in international play but the libero may substitute infinitely. This allows a team to protect their front-court specialists (usually really tall players who like to spike the ball but aren’t great at getting down on the floor and defending the other team’s spikes) from having to play the back line. The libero can also play the whole game while normal court players must rotate off and then back on after they serve.

As is often the case, with great freedom comes great restriction, and that is true with the libero. The libero is only allowed to play in the back line and cannot attempt any truly aggressive maneuvers like blocking or spiking a ball. The libero usually bumps the ball (hits it with her hands below her chest) but is also allowed to set the ball (hit it up gently using two open hands,) but only from more than three meters behind the net. If the libero sets the ball from closer than three meters, play is allowed to continue but the libero’s team has to just hit the ball over the net, they cannot try to spike it. The libero never gets to serve the volleyball. There can only be one libero, he or she is designated before the game by the coach (and by coming to the game wearing a different shirt,) and must remain the libero the entire game unless injured.

The libero is a recent addition to volleyball. It was added on April 20, 1998 by the president of FIVB, the organizing body of international volleyball. Soon after it was introduced, the libero rule was adopted by U.S. high schools and colleges who, in addition to the benefit of longer, more exciting rallies, found that another benefit of the rule was inclusion. Volleyball is a sport that rewards height. Smaller players cannot play nearly as well near the net as their taller counter-parts. The angles just don’t work well up there unless you’re tall enough to get your hands above the net. The libero gives an opportunity for at least the best of the shorter players to succeed. Said 5-foot-4 libero pioneer Kirstin Higareda to the Washington Post, “It’s a big deal. It’s really given shorter people the opportunity to play volleyball.”

It’s fun to think about it in the context of rule changes in other sports that are intended to offset an imbalance favoring either offensive or defensive play. In NHL hockey, the offensive zones were enlarged to create more scoring opportunities. In the NBA, the most obvious example is the introduction of the three-point shot to increase offense but other examples abound. Major League Baseball probably comes the closest to having a libero in the form of the designated hitter. The designated hitter or DH is a position who, like the libero, only plays one half of the game. Unlike the libero though, the DH only plays offense, batting regularly but having no responsibility in the field.

The libero has cultural parallels that reach far beyond sports. It seems like every group of people and every pastime has that one person who’s a little different; who plays by another set of rules. Shakespeare’s plays are full of these kind of characters, the most famous of which is probably Puck in A Midsummer Night’s Dream. In a deck of cards, there’s four of every card plus a couple of jokers. The unique character is called the fool in some traditional English dance forms like rapper and molly. Every group of friends needs a good oddball, just like every volleyball team needs a good libero. So, if you’re ever trying to remember what a libero is, just remember: a libero in volleyball is just like Ol’ Dirty Bastard was in Wu Tang… except less offensive.

2 thoughts on “Why Does One Player Wear a Different Color in Volleyball?”