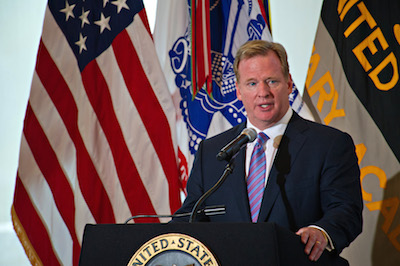 A short recap of the Ray Rice story

This past February, National Football League running back Ray Rice assaulted his then fiancée, now wife, Janay Rice in an elevator. Soon after, video acquired by tmz.com showed Rice dragging Janay’s limp, unconscious body out of the elevator following the assault. In May, according to Justin Fenton of the Baltimore Sun, New Jersey (where the assault happened) courts assigned Rice to a “Pretrial intervention” program that “comes with between six months and three years of probation in addition to enrolling in rehabilitation programs that New Jersey courts say focus on personal, cultural, economic and social issues that contributed to the criminal act.” Two months later, in July, the NFL suspended Rice for two games. Following a generally furious response to this punishment, the league’s commissioner, Roger Gooddell, admitted that he “didn’t get it right” and announced a new, stronger set of punishments for domestic assault. Today tmz.com once again drove this story forward by releasing new video from the inside of the elevator which shows Ray Rice knocking Janay Rice unconscious with a single punch. Showing the power of video, within a few hours of its release, Rice’s team, the Baltimore Ravens fired him and the league has announced that he is suspended indefinitely.

There already has been and will be an enormous amount of traditional coverage about this topic. I’m going to leave most of that to the New York Times, the Washington Post, tmz.com, and Sports Illustrated. People should be discussing why there was no stronger response from the legal system. By all means, we should be talking about how unfortunately and infuriatingly common domestic assault is and what we can do to address it. J. A. Adande made a great point on twitter today when he asked how women with no video evidence are supposed to expect justice when Rice, with video evidence was punished so little. We should be critical of the coverage as well. What’s real indignation and what is face-saving indignation? Is it just an artifact of sports media covering an assault that we keep seeing the punch described in technical boxing terms as a “left hook” or is there some hidden agenda? What language should we use to describe it? All of that is important but today, I want to share a single thought process that went through my head when I saw the video and heard the news.

What I thought of when I saw the Ray Rice video

For those of you who lived through the sixties or the eighties, this is a familiar question. It first entered the culture during the Watergate hearings when Senator Howard Baker repeatedly asked it of Richard Nixon. What did he know and when did he know it? During the Iran-Contra scandal in the eighties, President Ronald Reagan and Vice President George H. W. Bush felt its sting. What did they know and when did they know it? It’s the key question when evaluating a leader or an organization suspected of covering something up. Already it’s being asked of NFL Commissioner Roger Goodell about the video released today. Had he seen the video when he chose to suspend Ray Rice for only two games?

The absolute authority on the subject of knowing is Ben Cramer who wrote the amazing history of the 1988 Presidential race, What It Takes: The Way to the White House

. In it, he follows six of the presidential hopefuls from childhood through the campaign, including George H. W. Bush and Joe Biden. Let’s listen to him on the subject of knowing:

Then there is another shade of the verb, To Know, in the sense of awareness. It is about what’s going on right now, and as such it is Washington’s highest branch of knowledge… But as the highest form of capital-knowing, this quest for awareness is also the most dangerous. Clearly, the lack of this knowing can undermine reputation or power, especially if one’s position, or one’s connaissance, indicates that one ought to know. To be unaware, to be Out of the Loop, is allied in the tribal consciousness with impotence, inability, imbecility… and ultimately with the fatal affliction of ridiculousness. But there is also, in success, in wide awareness, a danger just as mortal. For this is the brand of knowing that is closest to Eating from the Tree of Knowledge, and can result in expulsion from Eden. When things foul up in a massive way… then this is the knowing implied in the most portentous of capital questions:

The parallel between politics and sports sports may seem over-the-top to some and I will admit the scale is slightly different but the principles remain the same. The individuals who perpetrate a crime should be punished and rehabilitated but it’s addressing the institutions that permit the behavior and the people in charge of them that is of greater social importance. What did he know and when did he know it? I think Roger Goddell had access to that video when he decided to suspend Ray Rice for two games. I think he was trying to practice the art of knowing without being known to know, like Ben Cramer described above, and I think he’s going to be caught red-handed. When we find out that Roger Goodell saw the video, he should resign or be fired, and I believe he will be sooner or later.

2 thoughts on “What did Roger Goodell know about Ray Rice and when did he know it?”