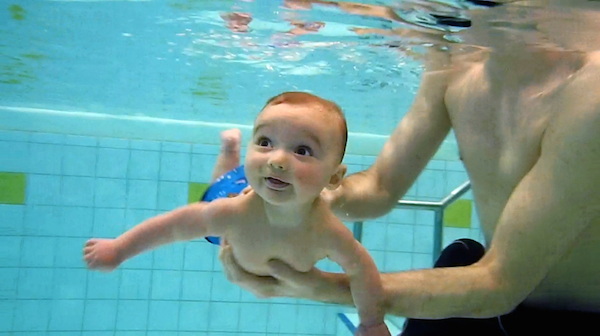 Here’s a little much-needed cuteness in the sports landscape. In the midst of NFL scandals, corrupt international organizations, and serious injuries, The New York Times decided to focus their editorial lens on very young people playing sports. I’m grateful to them for it!

By Mary Pilon for The New York Times

Pilon flourishes in the incongruous mix of CrossFit, the hardcore workout movement that borders on being cult-like, and pre-schoolers just looking to have a good time.

CrossFit instructors say they are aware of the skepticism that sometimes greets their preschool efforts, and they say it is a misunderstanding. They argue that their low-key preschool classes are more akin to the tumble sessions and in-school physical education programs of the past. The emphasis for 3- to 5-year-olds, they say, is on fun.

In preschool CrossFit, dangling off hanging bars is likened to being a monkey. Squats are frog-inspired. Box jumps, plyometric leaps long beloved by elite athletes, are smaller and rebranded for children as superhero leaps.

Before Learning to Crawl, You Must Learn to Swim

By Seth Casteel for The New York Times

This photo essay from the magazine section is both adorable and inspiring. I’ve been told that as a toddler, I jumped into a pool without knowing how to swim. These classes that teach babies to be comfortable and safe in water seem like a great idea to me!

The first time she saw her 5-month-old daughter, Zoe, carefully dropped underwater in a pool for infant survival swim training, it was nerve-racking. “She looked surprised,” Ubiera says. “Like, ‘What are you doing to me?’ ” Zoe was being introduced to “self-rescue,” in which babies are taught to hold their breath underwater, kick their feet, turn over to float on their backs and rest until help arrives.