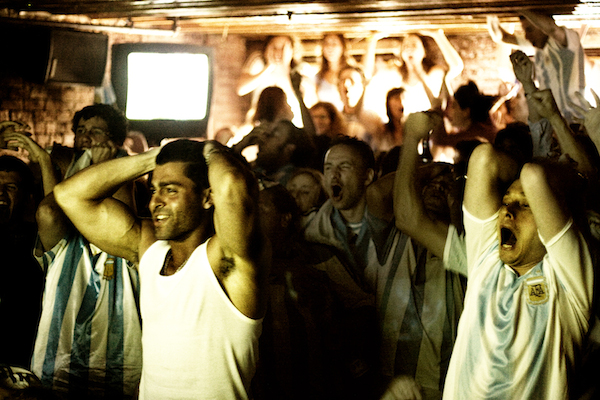 For sports fans, the weekend is a cornucopia of wonderful games to watch. This is particularly true in the fall with its traditional pattern of College Football on Saturday and NFL Football on Sunday and Monday. As the parent, child, girlfriend, boyfriend, partner, husband, wife, roommate, or best friend of a sports fan, this can be a challenge. It must be true that some games are more important to watch than others but it’s hard to know which is which. As a sports fan, the power of habit and hundreds of thousands of marketing dollars get in the way of remembering to take a break from sports and do something with your parent, child, girlfriend, boyfriend, partner, husband, wife, roommate, or best friend. To aid all of us in this, and just because it’s fun, I’m going to write a weekly post highlighting a single game that is ideal for skipping. Use this to help tell yourself or someone else: “Do not watch this game!”

Monday, 8:25 p.m. ET, NFL Football, Pittsburgh Steelers at Tennessee Titans. It’s on ESPN but do not watch this game!

Sports pundits never tire of telling you that the NFL is the most unpredictable professional sports league out there. “ANY GIVEN SUNDAY” they shout at each other on TV even though they’re seated mere feet from each other and mic’d with thousands of dollars worth of high-end audio technology. They’re right, of course, one of the reasons professional football is so exciting is that it is very difficult to predict what will happen over the course of a season. For one thing, the fact that teams only play sixteen times each year means that anyone trying to predict what will happen has a very small sample size to work with. Then there’s the sheer number of people on each team who have a major impact on the outcome of the game (~25 in football compared to 11 in soccer, 7 in basketball, or 1 in any baseball game involving Madison Bumgarner…) Add to that the revolving door created by constant injuries to major players, mix in the greater impact that coaches have on the game, and you end up with a truly unpredictable sport.

That said, the Titans have no chance to beat the Steelers on Monday. Look. I mean, of course they have some chance but it just doesn’t seem all that likely. The Steelers are a good team that’s prone to very bad losses. They provided the Tampa Bay Buccaneers with their only victory this year. Tennessee is better than Tampa Bay but their timing is not nearly as good. Because, you see, the Steelers just had one of those bad losses last weekend when they lost 20-13 to the blundering New York Jets. Following losses this year, the Steelers are 3-0. Again, a very small sample, especially for a team that wins most of its games, but it’s a little more compelling when compared to the Titans record after losses this year: 1-5. All but three of the Titans games this year have been after a loss… because they’ve lost almost all their games.

Quarterback is the most important position in football and often a good short-hand for figuring out if a game is worth watching. The Steelers quarterback is a two time pro-bowler, Ben Roethlisberger, having one of the best years of his career. The Titans quarterback is a dude named Zach Mettenberger, known in part for posting and then being taunted for having posted a selfie before his first start this year. He’s started exactly as many games in his careers as Roethlisberger has won Super Bowls —  2. Honestly, the best part of this game was probably what NBC Pro Football Talk covered in their article on the game: an NFL record will be set on Monday for the two starting NFL quarterbacks with the longest combined last names. Roethlisberger-Mettenberger is quite a mouthful!

If you or the sports fan in your life is a fan of Pittsburgh or Tennessee, this is probably not the game to skip. Why not take a break from football on Saturday when the Florida State Seminoles play the Miami Hurricanes? I know it’s a rivalry game but Florida State has won the last four games and are almost definitely going to win this one too. That’s an eternity in college football.